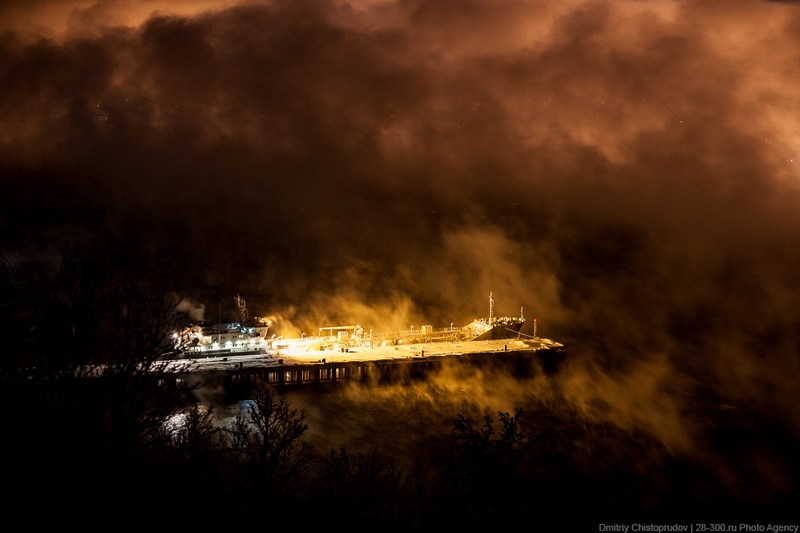 Murmansk is a Russian city that stands at the Northern Ocean. The winters are cold there but the oceanic water remains rather warm because of Gulf Stream, it does not freeze and the city remains an important strategic port. The temperature right at the water is -4C while at a distance it falls down to -25C.

It’s a place of quite a rare phenomenon: there are three different temperatures at the same time and a unique winter fog. The temperature of the water in the ocean is never lower than 0C and it’s not much colder right at the water, while the normal temperature around in the permafrost city is about -25C. All these conditions give birth to the unusual fog which consists of ice. And you never know what is there, in the fog…