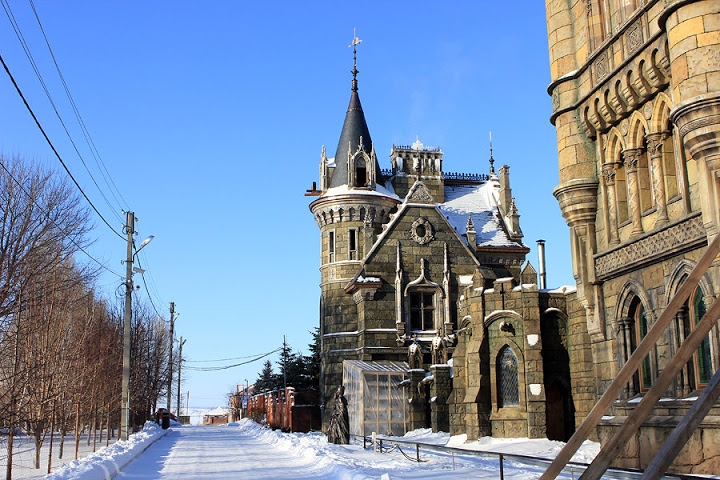 This castle in the village not far from Tolyatti seems to be some 3D picture or illusion but it’s more than real. One of the local villagers just realized his dream – built this castle and called it in the name of his father – “Garibaldi”. We are in an ordinary village of Russia. And suddenly we seem to find ourselves in a Disney fairy-tale. However the castle construction is not completed yet. They say that the village Khryaschevka was founded in 1701. The first settlers were fishermen. It’s the monument to local citizens. So any dream may come true!

9 thoughts on “Somebody Built Himself a Castle”