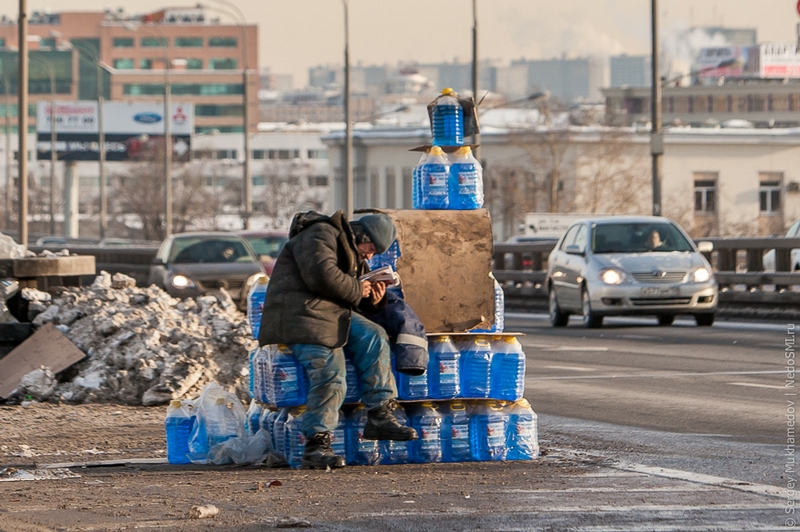 One can see them almost in any street of Moscow. Breaking all the rules, having no certificates and permitting documents, putting themselves at risk and having no reflective clothing, they are selling wash fluid used at very low temperatures by drivers. Probably there have never been so many of them before. They do not hide at all and freely occupy Moscow streets. And here’s what they leave. There are hundreds or even thousands of them… But police does not notice them as well as other regulatory authorities. All the sellers are from countries of the former USSR. They admit that their business is illegal. They earn 1000 – 1300 rubles (30-40 dollars) per twelve hours. Those who have cars can earn twice more standing on the road for twenty four hours. Such money is too good for them. They ease themselves at the very place of their work, of course. Nobody of them has been detained yet. 50 bottles is the minimum they sell during one shift. There are more than seven million cars in Moscow today. $ 23 million is a monthly turnover of this illegal trade.

16 thoughts on “Selling Washer Fluid at Minus 30”