Ivan Vladimirov (1869-1947) was a painter of battle scenes of Russian-Japanese war, the revolution of 1905 and WWI. He worked in police and painted not from someone’s words but from what he saw with his own eyes. Unfortunately I. Vladimirov finally turned into quite an ordinary battle-painter, who began to create in the style of mimetic socialist realism (to serve the interests of the Soviet leaders). Pogrom at the liquer store. Capture of the Winter Palace. Done away with the Eagle! Peasants take away the property of manor estates and go to the city for better life. Interrogation in the committee of poverty.

Capture of the White Guard spies. Peasant uprising in the estate of Prince Shakhovsky. 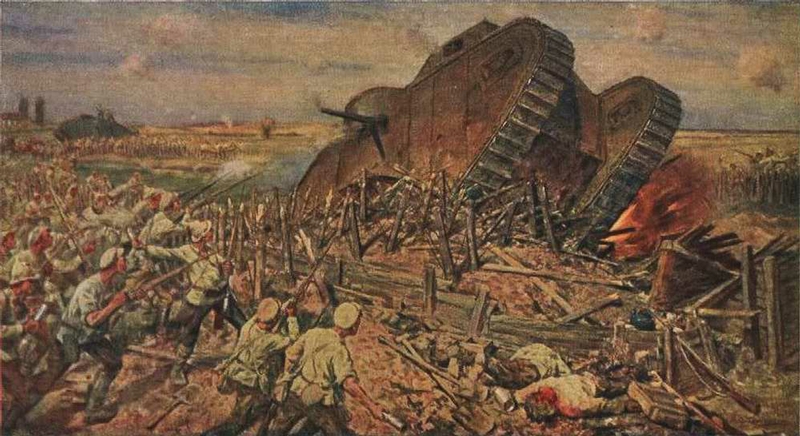 The capture of Wrangel’s tanks by the Red Army. The flight of the bourgeoisie from Novorossiysk in 1920. In the basements of the Checka (The All-Russian Extraordinary Commission for Combating Counter-Revolution, Speculation, and Sabotage). Requisition of royal property in Petrograd, 1922. Children’s entertainments in the imperial garden of Petrograd (1921).

47 thoughts on “Revolution in Pictures”