Now we are going to see some works of a prominent photojournalist and photographer Arkady Shaikhet. All the pictures presented below were taken in the period of 1925-1930. 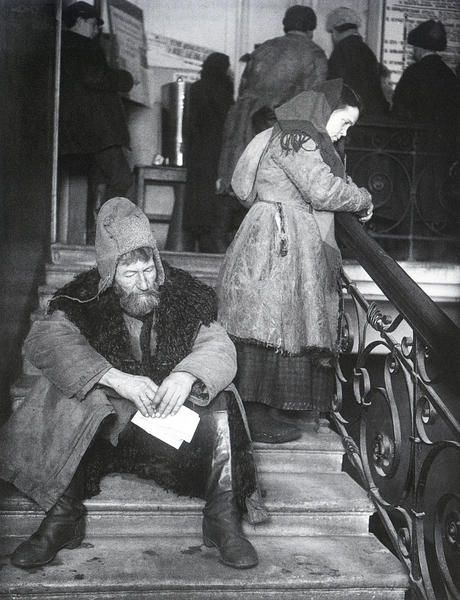 People in the reception room of M.I. Kalinin (Bolshevik revolutionary and the nominal head of state of Russia and later of the Soviet Union, from 1919 to 1946.), Moscow, 1924. Unanimously. At the elections of local councils. 1925. Setting the pillars of the power lines in the village Botino, 1925. Dispossessed people near their house in Ukraine, 1929. Livadia, peasants are having rest at the fountain of the tsar palace, 1926. Riot at the private company in Moscow, 1924. Financial inspector on a visit to a nepman.1928. People came for earning to Moscow, 1930. New equipment is tested at the Agriculture Academy of Moscow, 1924. Tractor is tested at the Agriculture Academy, Moscow, 1924.

7 thoughts on “Soviet People Before the War”