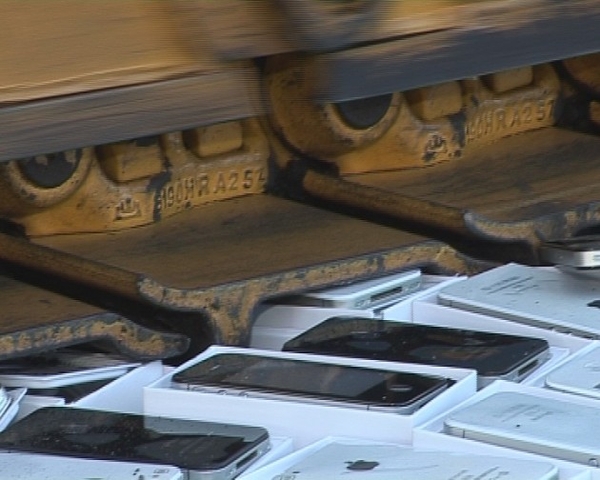 127 fake Chinese iPhones 4 and 4S have been recently destroyed by the excavator in the Amur region of Russia. Yes, it’s what they usually do with pirated discs, but is it reasonable to destroy expensive gadgets in such a way? 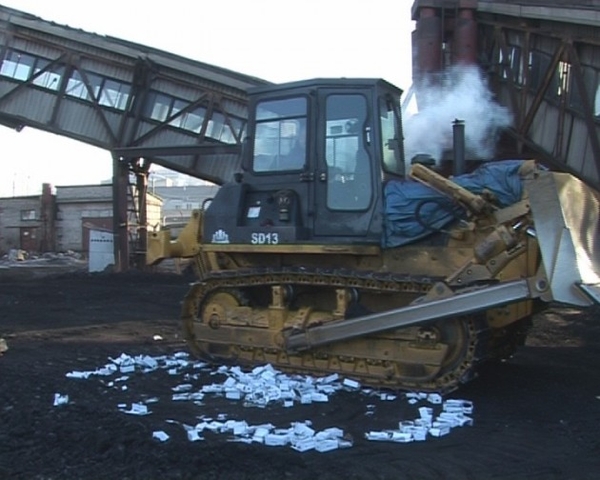 The citizen of China smuggled the phones with total cost of 36500 USD to the territory of Russia. He had no documents to prove they were made legally.

The Chinese man himself was fined for about 65 dollars. The police destroyed the iPhones in the presence of witnesses and representatives of the court. The smartphones were finally crushed by the bulldozer, the debris were burnt in the boiler house.