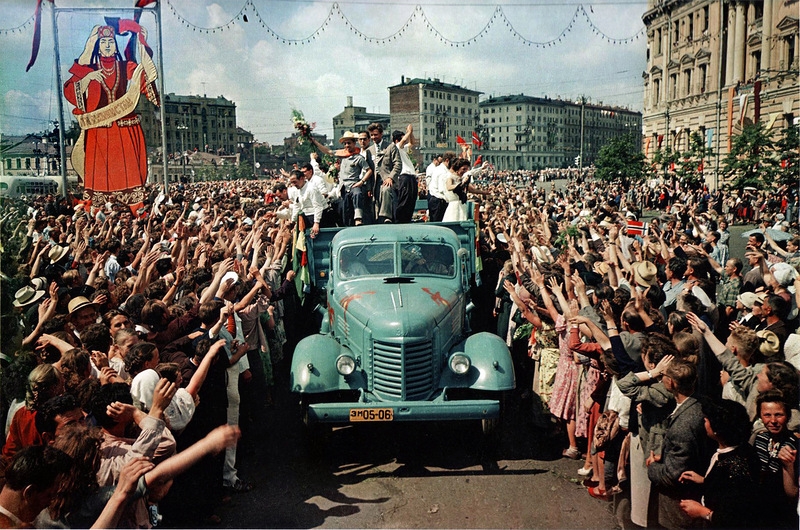 We are in Moscow 1957 when the city held the VI World Festival of Youth and Students which became one of the brightest events in the after-war history of the city, the symbol of  a new time beginning. 34 000 people from 131 countries came to Moscow then. Here we present some color photos of the event. These are the buses of foreign delegations. Moscow policemen are watching delegates getting into trucks before the festival opening ceremony. And these are Italian ones. And the delegates from Sudan. These are Soviet gymnasts. African delegate waves his hand to you. American deligates are singing at the stadium of Lenin. These guys are from India. The Members of the Egyptian delegation carry the portrait of President Nasser. The slogan of the festival was “For peace and friendship!”

11 thoughts on “The Bright Festival In Post-War Moscow”