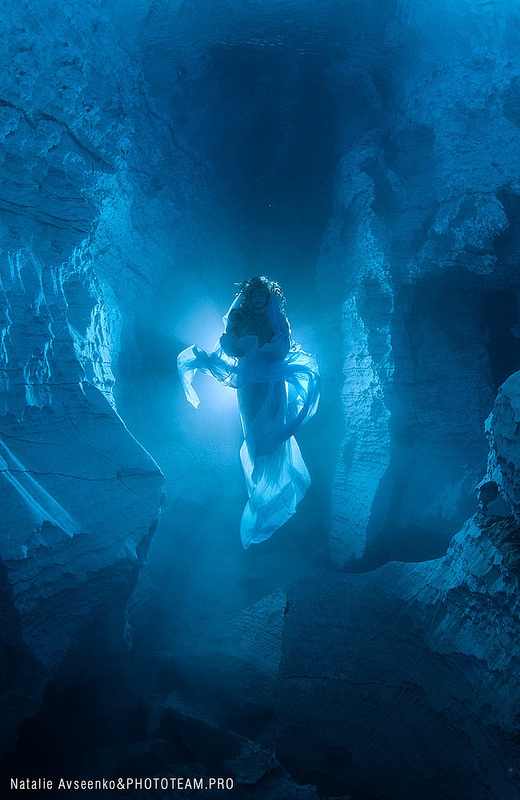 It was a really cold photoshoot! They made it in the Orda cave of the Perm region of Russia when it was -36 C (-32.8) outside!

According to the legend the Orda river has a spirit who helps divers in difficult situations. This became the main idea of the photoshoot. They decided to invite a two-times world champion in free diving Natalia Avseenko to play the Mistress of the Orda in the waters of the cave. Natalia is meditating before the plunge. Icicles freeze at the entrance to the cave. Under the costume of the Mistress of the Orda she has a 5 mm diving suit. Natalia is sitting in the dry part of the cave. The main thing now is to undress very fast. And get some warmth. This was the shot everything was done for. This very part of the cave is called “the Mistress of the Orda”. Do you see a silhouette of a woman?