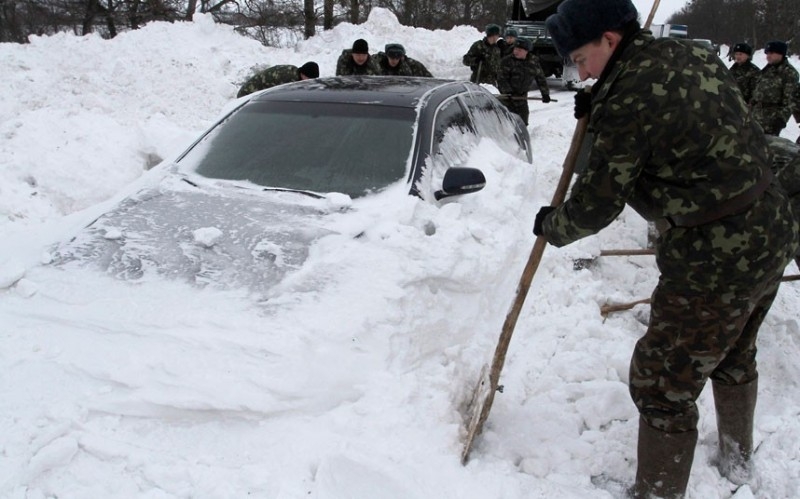 This month about 40 Ukranians have already frozen to death. Though the temperatures are not so low compared to some Russian regions. For example, in the central and eastern Ukraine it is about -28 (-10-18F). The frost was followed by snowfalls – some districts are covered with snow 53 cm high (21′). In Russia the situation is not much better – this winter is trully Russian! The house of the man from Brody, Ukraine is all covered with snow. (REUTERS/Marian Striltsiv) The fire truck is trying to get to the trucks and cars on the snow-covered road. About 150 cars were stuck in the snow within 30 hours. (EPA / MARKIIAN LYSEIKO) The homeless people are warming up in the tent in Donetsk, Ukraine. Nineteen people more froze to death the previous day. (Alexander KHUDOTEPLY/AFP/Getty Images) The girls are play snowballs in Krasnoyarsk, Russia. (REUTERS/Ilya Naymushin) The woman is from Novosibirsk, the temperature is -35ºС (-31F). (VALERY TITIEVSKY/AFP/Getty Images) It is St. Nicholas Cathedral in Krasnoyarsk. (REUTERS / Ilya Naymushin) Pigeons have found a warm place at the subway station in Moscow. (KIRILL KUDRYAVTSEV/AFP/Getty Images) The passengers are behind the frozen window in Kiev. (REUTERS/Anatolii Stepanov) The man is cleaning snow from the sculptures in Kiev. (SERGEI SUPINSKY/AFP/Getty Images) This is the street of Novosibirsk, Russia. (VALERY TITIEVSKY/AFP/Getty Images) Citizens of Moscow warm up the ways they can. (KIRILL KUDRYAVTSEV/AFP/Getty Images) 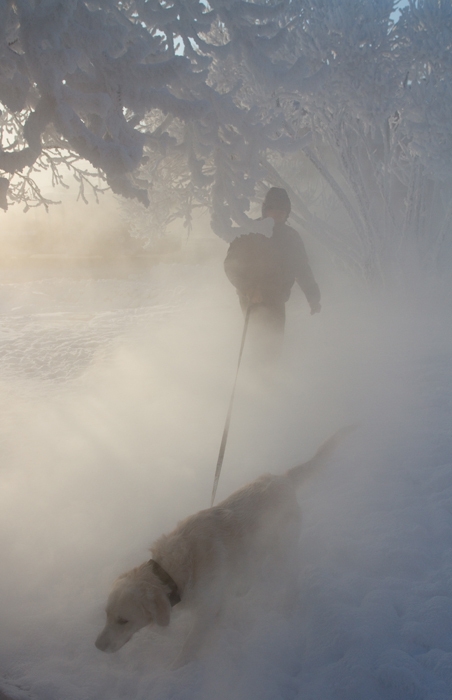 Come to Russian and Ukraine for real winter emotions!

7 thoughts on “December 2012 In Russia And Ukraine”