On the 29th of January, 1992 Boris Yeltsin accepted and signed the decree on free trade. Soon hundreds of thousands of traders appeared in the streets of the Russian cities. People habitually called them “speculators”. Of course, some of them still bought goods in ordinary shops and sold them at a more expensive price. The deficit allowed to do that and have profit. But the trade in general started to change and gain new features – valuable and ugly. Probably they had to go through it anyway but that way was too long and too hard.

The habit to sell any stuff at any place turned out to be difficult to eradicate. 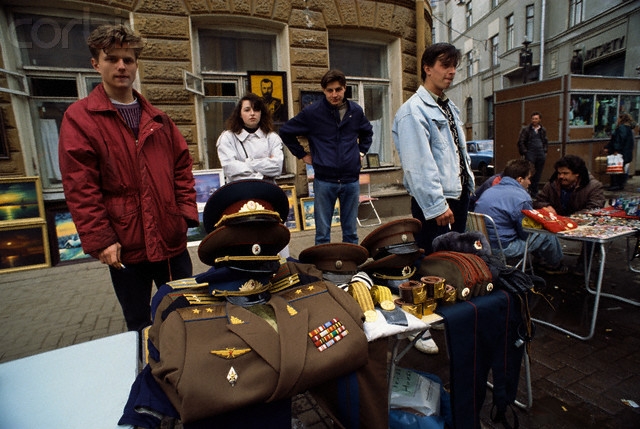 It reads: Yeltsin is a jackal”. “Hey, babe, give me three bottles of liqueur! And “Bounty”, three “Bounties”! The best beer and the best champagne!”

22 thoughts on “Time Of Free Trade”