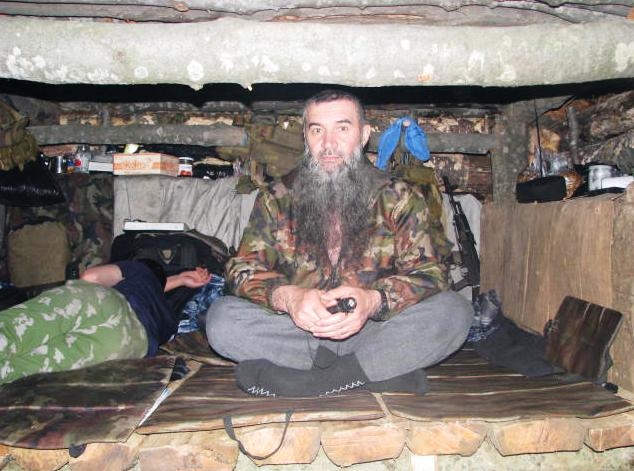 What if a person has to live far from civilization, somewhere in the forest? The main problem becomes hygiene. Sooner or later you become less squeamish and then start eating food when your hands are not clean, eat from fatty dishes and do not strive for perfect cleanlines. The problem of hunger and cold become far more acute.

In this post you can see how terrorists live and survive in the forest.

Those who go in their uncleanliness too far, however, can be punished by their own team. Nobody wants to see rotting bodies, lice and bedbugs. Sometimes the punishment maybe even execution.

Jihad newcomers are warned from the very beginning that it won’t be easy. In some time they stop appreciate their own lives because nobody wishes to live like this. Though they do not want to die either. They always to try to go further from the sounds of shots. As opposed to the Israeli they do not condemn those who abandon their own guys during a battle. They live in trenches and dugouts only in winter. At other times, it is impossible to live in them, because it’s too hard to fight with dampness which can kill them sooner than the enemy.

Such treches rarely have any comfort. They usually cannot even stand up there.

Those holes are so unbearably smelly in winter! But nothing can be done, they have no place to bathe at in winter. In summer the bandits live in tents or under the open sky. They have to keep their bases for wintering. Losing a base is a tragedy. It’s very hard to build a new dugout, especially in winter. This base was detected and destroyed. That is why they have to leave their bases for spring – summer- autumn period and wander in the mountains, sleep wherever they can. Do they make fires or afraid to be found? They cannot feed a big group of people without fires, so they have to take a risk. Sometimes they even make improvised stoves to make bread. In order not to waste the warmth they dry their trousers right over the cakes. Here they are making soup on the fire. But sometimes they have no products at all to cook from. Hunting and fishing save them in such a case. And if they manage to shoot a game or a lamb it becomes a real holiday! They need to smoke the remaining meat to prevent it from infesting with worms. This is a pot they cook in. The bandit is holding a pack of flour. Are the cooks’ hands clean? But there’s no choice and they eat the cold food they have.

Potential terrorists do not want to go to forests just because of such mode of life there. It’s terrorist supporters who usually live in forests – anyone can come for them in any moment. So they choose between a prison and a hole. They know it and once even decided to shoot a video how they “party”. Everyone who took part in it were killed in several days. At least they had managed to have fun before that…

32 thoughts on “Life of Terrorists In the Forest”