Something strange has been happening for the third day on the main Russian road connecting Moscow with St. Petersburg. Hundreds of cars are standing in the traffic jam which stretches for more than 200 kilometers (125 miles). People run out of food and fuel. Drivers’ state is close to mental collapse! 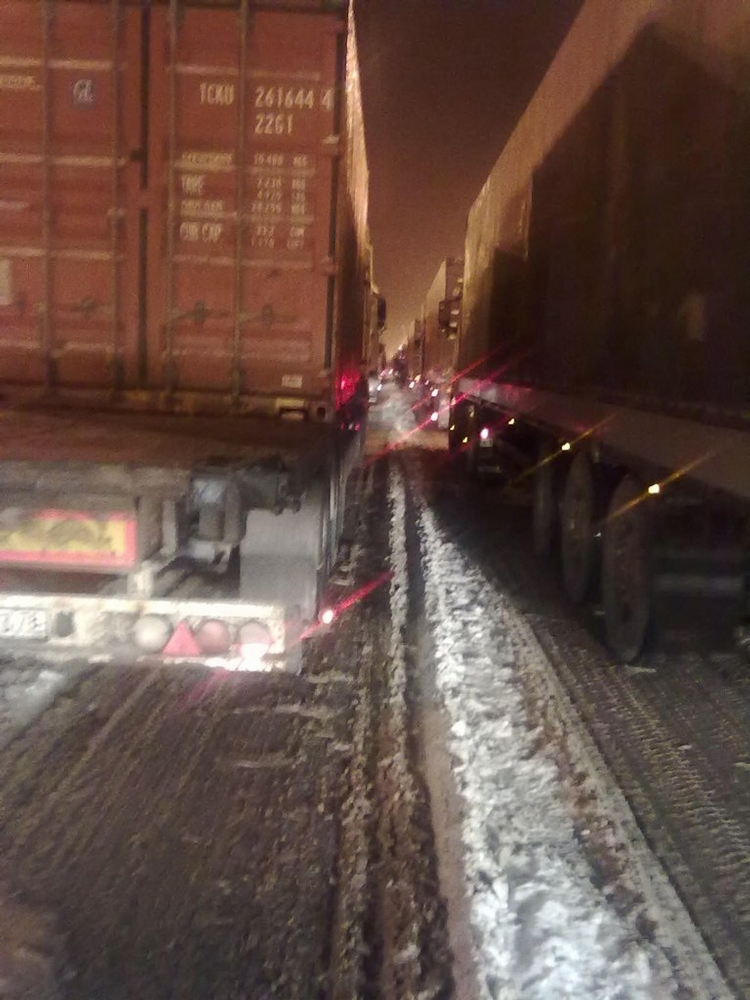 Some volunteers bring food and water to the drivers. But still there is no any help from the government.

Some quotes from the place of occurance:

“Do we live in Africa? They cannot clean the snow for the fourth day!”

“Trucks have been stuck for the fourth day on the federal road M-10 in the Tver region. And it’s quite probable they will have to spend another night in the traffic limbo”. “An elderly woman died in one of the cars, her body has been laying in the car for two days. In another car some woman is giving birth to a baby and screaming so horribly”. “I liked to watch the situation first. When we were still moving somehow. I was listening to the radio and even called to the radio station, I wanted to cheer up myself and others in different ways. Then I started to be afraid  – we were about to run out of the fuel and we still had a lot to go to the destination. Then they said on the radio that snow cleaning equipment had to come soon and asked not to park on the sides but nobody came and I started to feel depressed. It was the instinct of self-preservation and fear which possessed me.

Finally I got home and I was SO happy about it! But after such a trial I fell ill ((( I would never wish anyone to find him(her)self in such a situation. I do not envy those who are still there, on M10 road”. “The drivers declare an emergency hunger-strike, they have already been standing there for three days”. According to the last information the situation started to be solved.

25 thoughts on “On the Main Russian Road These Hours”