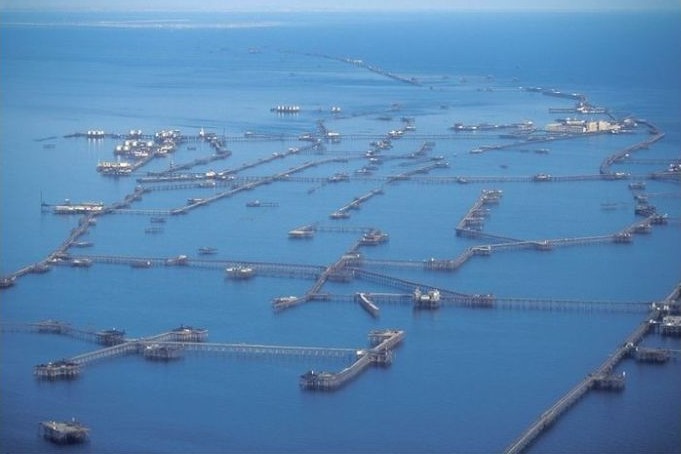 What you see on this picture is a whole industrial city made from oil platforms at the banks of Azerbaijan in the 1950s. The USSR was striving for world supremacy in industry, many decisions were made hastily. Eventually they ran out of the oil and left the place. But the metal platform will stand there for many years more till it finally collapses under the impact of the wind and salty water. 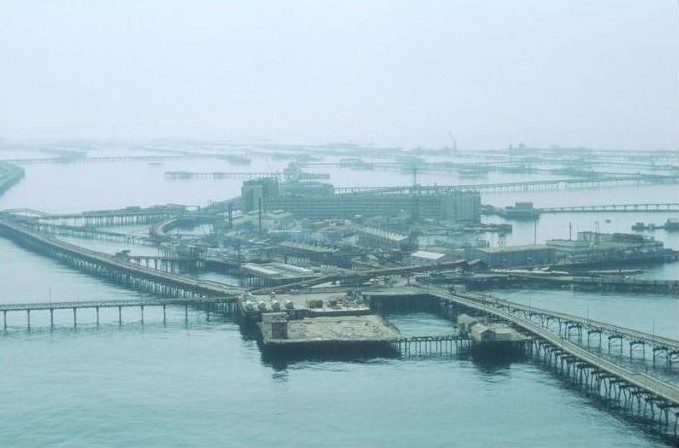 They built houses for 5000 workers, a movie-theater, parks, gyms etc. on these islands. 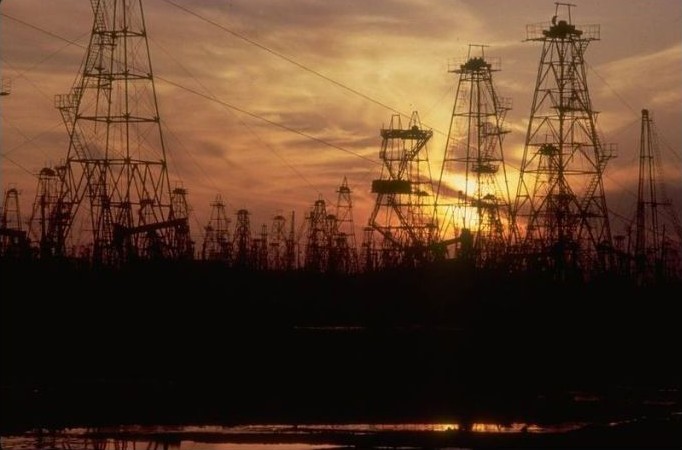 In 1999 some part of James Bond movie was being shot here. 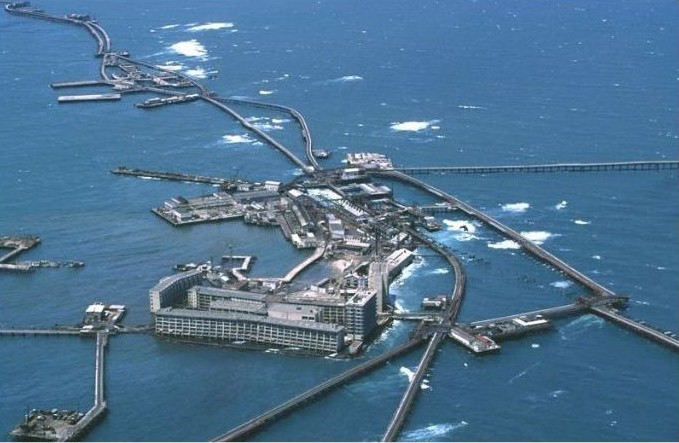 In 1941 Azerbaijan supplied 175 millions of barrels of crude a year which was 75% from all the oil production in the country. That is why German troops wanted to get here during WWII so much.

They found oil of high quality there at the depth of 1100 m (3600 ft) in 1949. Soon there appeared the first sea platform on that place. It was rather primitive – partially made from wood. 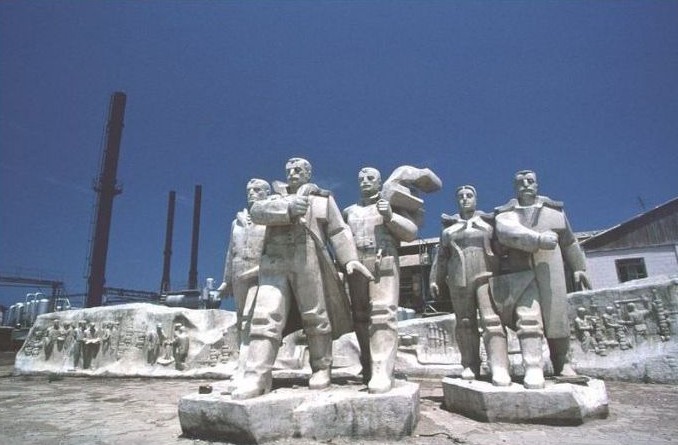 Then they detected huge reserves of oil and built 200 platforms more, 300 km of roads and bridges which united the platforms. The workers were living right on the sea. It took from six to twelve hours to get to the mainland! They also had a plant making drinks, a football field, a library, a bakery and a laundry, a bathhouse, gardens (they brought soil from the mainland)… 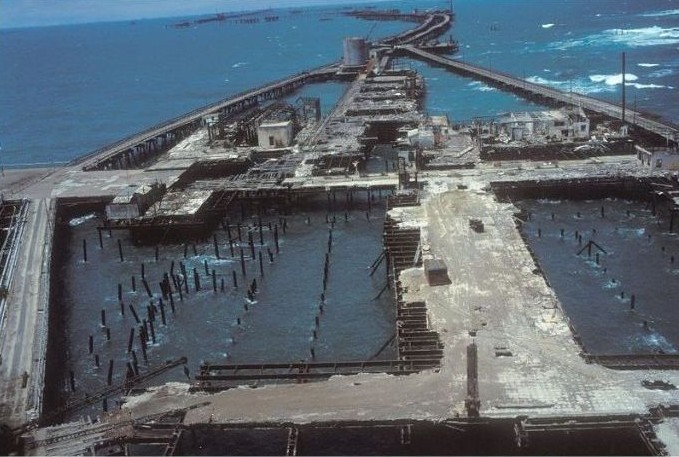 It was a Stalin’s utopia for the working class. But it was a paradise for the oilmen for about ten years till the quality of the oil started to fall and the oil rigs began to be closed. 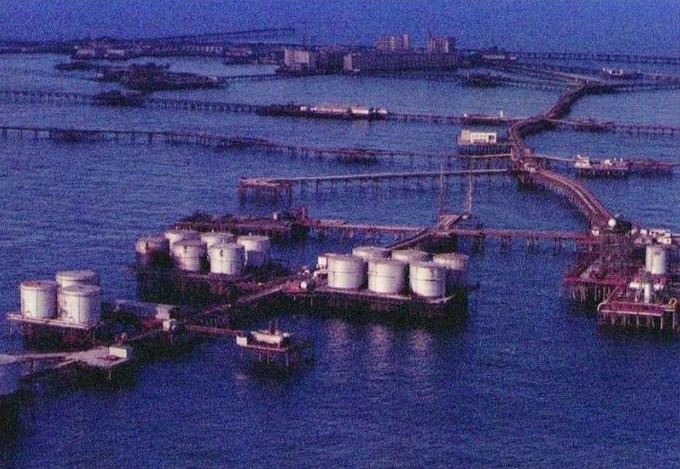 The most part of those roads have already collapsed but those which have remained represent serious danger for shipping. You’ll be surprised but still there are those who live there. Their salaries are small – only 130 dollars monthly but they do not leave. 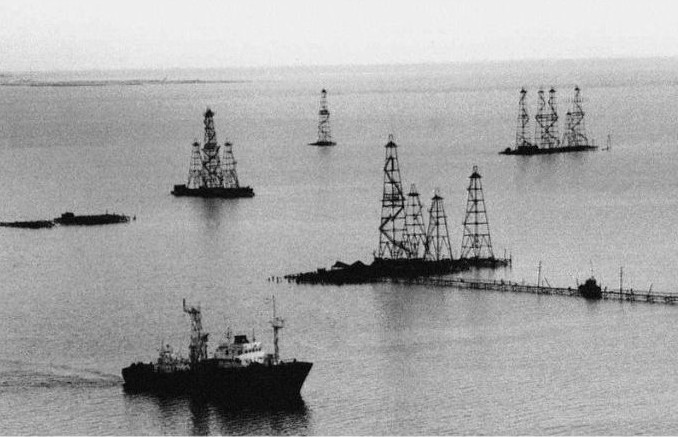 They wanted to turn this place to a tropical resort but never did. Experts say this place will be giving oil for ten years more but the amount of the oil extracted is rather small. However the infrastructure won’t serve this long, it will collapse in five years or so if it’s not repaired.

6 thoughts on “The City For Oilmen Right On the Sea”