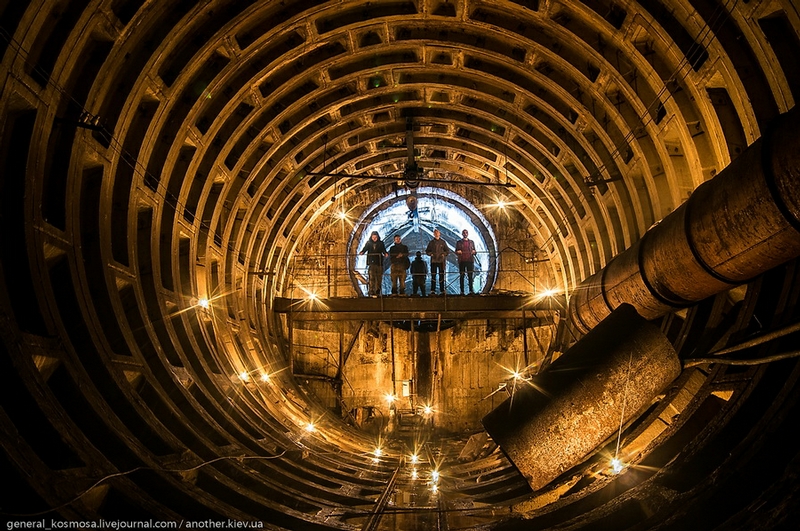 There many mysteries hidden under the city of Kiev, Ukraine. Grand constructions built in the epoch of the “Cold War” intended to protect people in case of natural disasters and nuclear wars etc.

For the needs of protection of such a big bomb shelter as the subway they were building deep highly protected structures like this one. This command bunker is located in the very center of Kiev. To hide it from curious eyes it started to be built behind the secret plant “Arsenal”. They were building mines and plats, the earth was taken away in covered trucks at night. When main works were over, the USSR collapsed and the secret construction object was soon forgotten. They do not often remember about it today as well. Even those who come there to replace bulbs do not know what object they visit.

What has remained from this huge construction till these days? This tunnel was separated into three parts by partitions to make a three-storey bunker. Here they stored instruments and details. To the left the deadlock can be seen. They are like a trolley composition from the hell. The rusty sealed door leads to the bunker. The two-level tunnel is fortified by the colonnade. It is time to take a bath after visiting this place!

6 thoughts on “Command Bunker of the Kiev Underground”