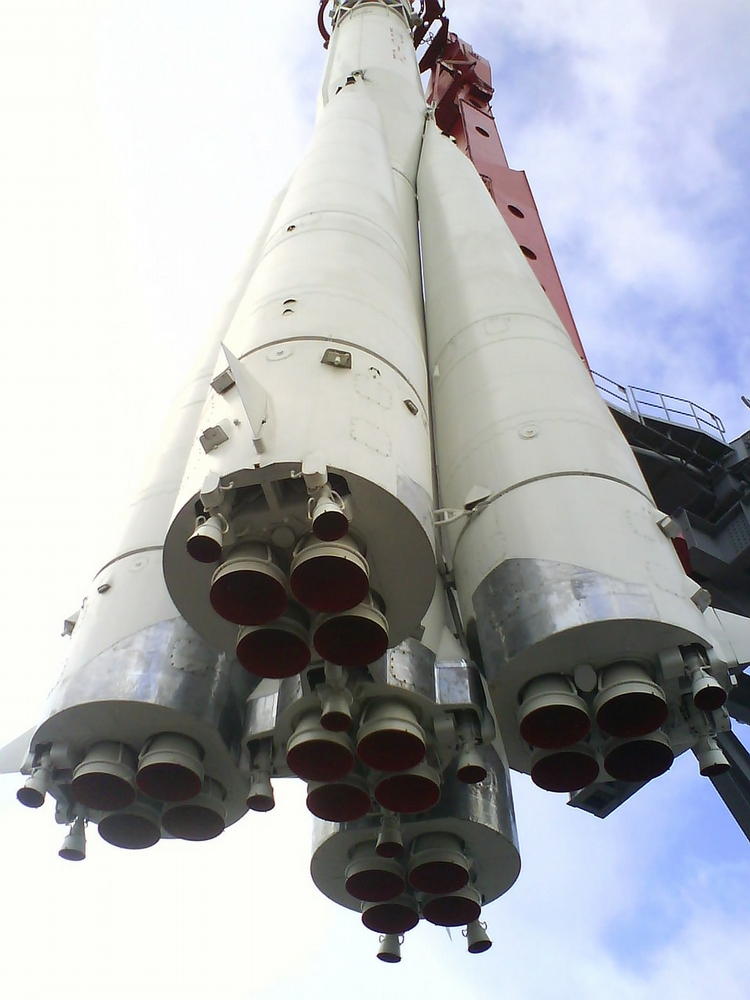 This is a copy of the space rocket “Vostok” (“East”) located at the All Russia Exhibition Hall (VDNKH) in Moscow. The family of rockets “Vostok” launched the first artificial satellite and the first manned spacecraft in human history. It was a subset of the R-7 family of rockets. On March 18, 1980 a Vostok-2M rocket exploded on its launch pad at Plesetsk during a fueling operation, killing 48. An investigation into a similar â€“ but avoided â€“ accident revealed that the substitution of lead-based for tin-based solder in hydrogen peroxide filters had resulted in the breakdown of the H2O2 and the resulting explosion.