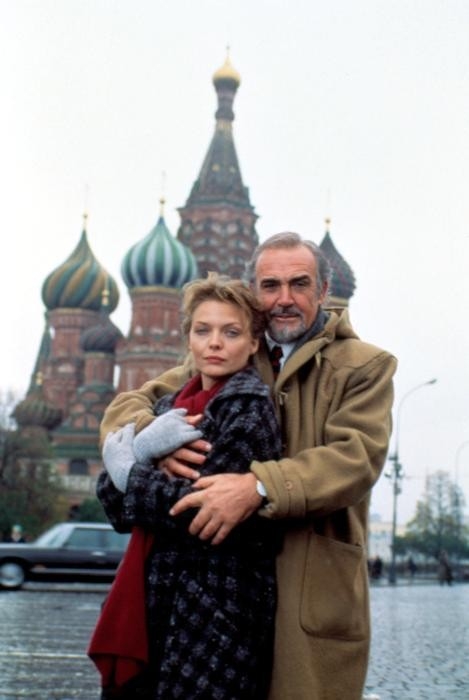 Today foreign stars coming to Russia is absolutely normal. But it used to be a whole event in the Soviet times. Some of them came for performing or as tourists, others were invited to take part in festivals. David Bowie was travelling by train “Vladivostok-Moscow” in 1973. He refused to fly by plane due to his phobia. Later he wrote that he was buying various food from grannies at the stations, allegedly it didn’t look yummy but turned out to be very delicious. He was rather impressed by Siberia, its vast territories and girls – conductors who were treating him to tasty tea. He even sang songs to them at nights. When he came to Moscow he put on his orange suit from Yves Saint Laurent and boots on hight platform. “If nothing happens with me before 1976 I will fly again” – he said. And yes, he came back to Moscow by plane together with Iggy Pop. The last too were confused in 1961 at the Moscow Film Festival when came three in identical dresses. And she shows we have to stop here!

10 thoughts on “Foreign Stars In the USSR”