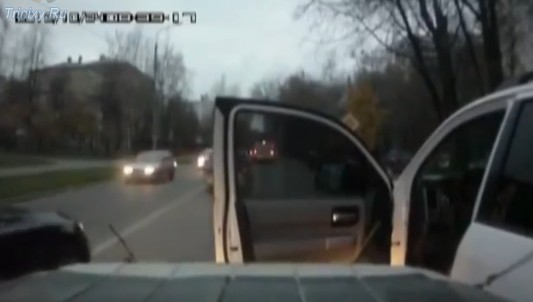 The driver of the cool off-road Toyota decided to leave the autor of this video behind but was not allowed to. The driver of the UAZ did not let him get back in the line which resulted in the accident. It turned out the driver of the Toyota was “a member of the Moscow government”. He immediately approached the UAZ and tried to tear the door off the hinges and when he brought and uncovered the knife the UAZ driver made a really cool and right decision. Just check this out!