The car you see is a limousine for the Russian president – ZiL-4112R. This car has been allegedly made for six years. It exists only in one copy and still needs to be improved. During the test drive its wipers broke and the original doors didn’t close correctly. It was even hard to believe that the work took six years! But luckily it starts and can even drive around the yard of the plant.

We are about to visit the shop where the car is being made. 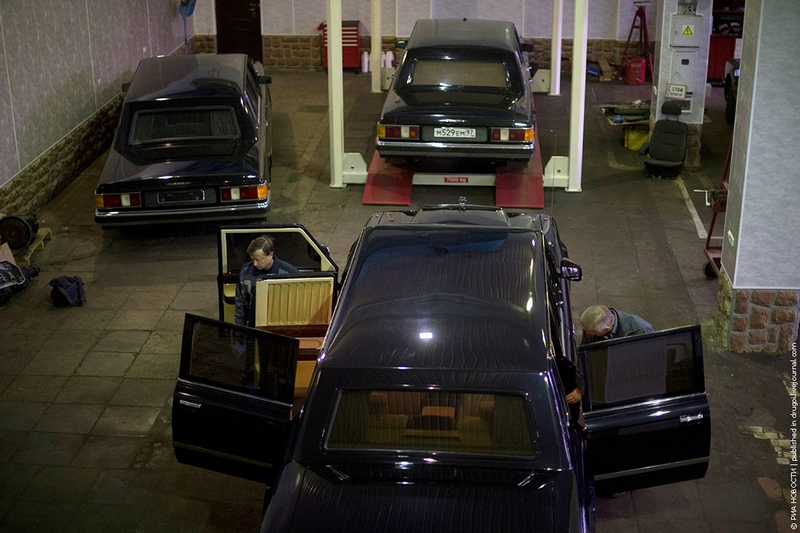 The limo stands in the company of governmental ZILs. These people are trying to repair the old limousine. Old engines need some care too. What else can be unscrewed here? Does it resemble the place where luxury cars are assembled? This is the very ZIL of Mr. President – a six door limo that has a 7,7 litres petrol engine with fuel injection and six-speed automatic transmission and power steering. Its power is supposedly 400 hp. The ZIL used by Brezhnev had fuel consumption of 65 l / 100 km. The one of this limo is going to be less. Those very wipers that broke during the test drive. They say it’s the leather of young bulls. It reads “Leaders of Manufacture”.

The car seems to be not even armored. And the plant looks so Soviet…

25 thoughts on “Limo For Mr. President”