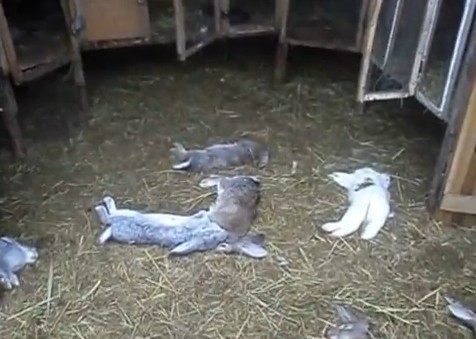 One man came to feed his rabbits in the morning as usual. What he saw simply shocked him. Most of the rabbits were dead. The cage doors were broken.
The night guest was probably rather smart.
The rabbits were smothered and  just scattered around. Two of them were bitten in their heads and their blood was sucked.

The animal that has been there was rather careful and quiet, the gates were almost undamaged. The man had two dogs but they didn’t bark as if they were hypnotised or scared to death.
The animal left traces similar to dog’s ones. Out of 93 rabbits 73 were killed.

You haven’t believed in Chupacabra, do you believe now?

12 thoughts on “Night Visit of Chupacabra”