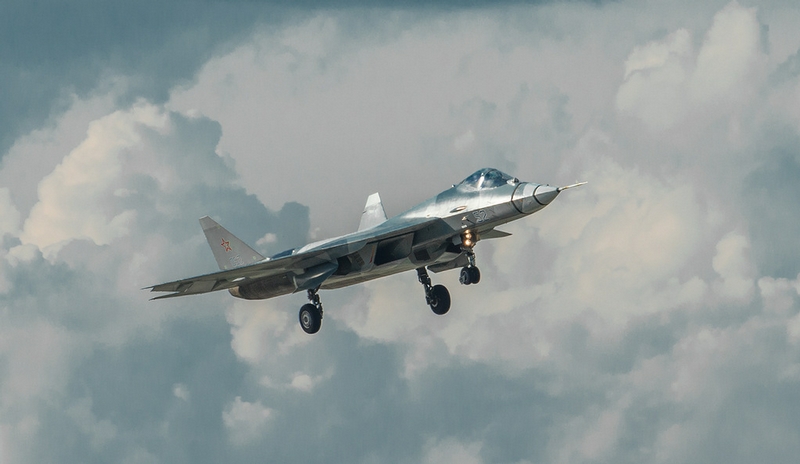 The Sukhoi PAK FA is a twin-engine jet fighter being developed by Sukhoi for the Russian Air Force. The Sukhoi T-50 is the prototype for PAK FA.

The first flight of the PAK FA was performed on 29th of January, 2010. The serial production is expected to start in 2015. The plane was designed to replace Su-27 for the Russian Air Forces. They are also developing an export modification together with India, it is called FGFA – Fifth Generation Fighter Aircraft. The plane is expected to be 2,5-3 times cheaper than its foreign analogues.

India plans to buy PAK FA for 100 million dollars per one. On its first flights, the PAK FA was expected to use a pair of conventional Saturn 117S engines, but it was a new engine 117 (AL-41F1) that powered its first flight. It’s a turbofan engine with an afterburner and thrust vector control.

The engine enables to develop supersonic speed without use of an afterburner, it also has a fully digital control system and a plasma ignition system. The integrated multi-function radar system of the PAK FA will contain 5 internal antennas. The PAK FA will be equipped with 1526 transceiver modules which will provideÂ a greater detection range, multichannel tracking of targets and an ability to use guided missile weapons for their destruction. The visibility of T-50 is also reduced by its shape, materials absorbing and reflecting radio waves and materials which are used for the air frame coating. 37 thoughts on “New Jet Fighter of the Russian Air Forces”