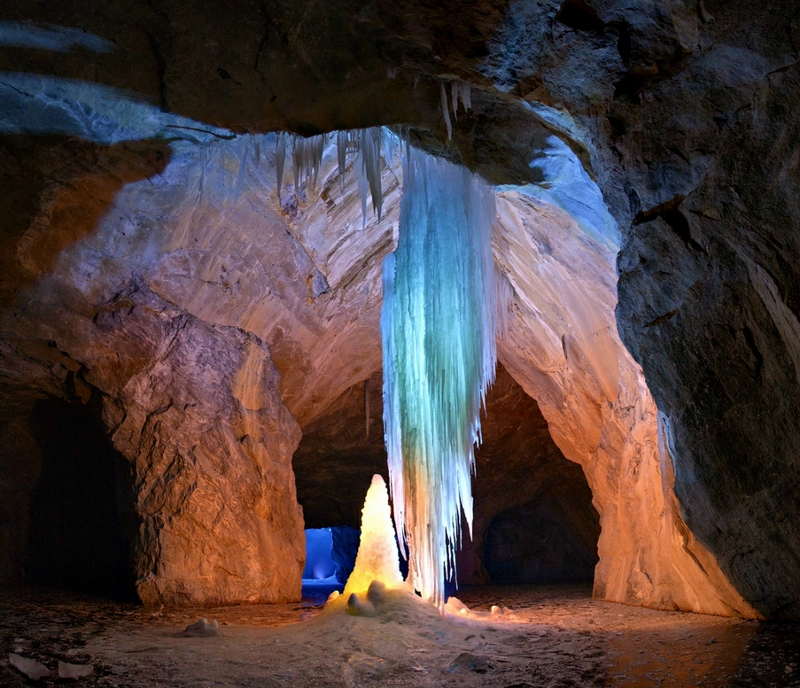 Ruskealsky gap is a place in Karelia. It’s a huge hole about ten meters (33 ft) deep with water on its bottom. As locals say it formed in the 1960s after strong explosions in the neighbouring quarry. The roof of the old waterlogged tunnels broke and fell into the water. A huge hole 20 x 30 m (65×100 ft) appeared on the surface. The hole leads to the center of the mine which is half kilometer long. This underground rounded area was connected by the tunnels with the peresent mountain park but today it is blocked. The main feature of the gap is its special microclimate. Due to the effect of “a cold sack” the ice in the remote corners of the mine never melts. Even in summer one can walk along it. However it’s not like that near the very hole. Starting from June researches have to descend by a rope into a rubber boat and then land on the melting ice. For experienced cavers it’s not a challenge, but newcomers are usually very nervous. Probably some fairytale movies can be shot in this place.