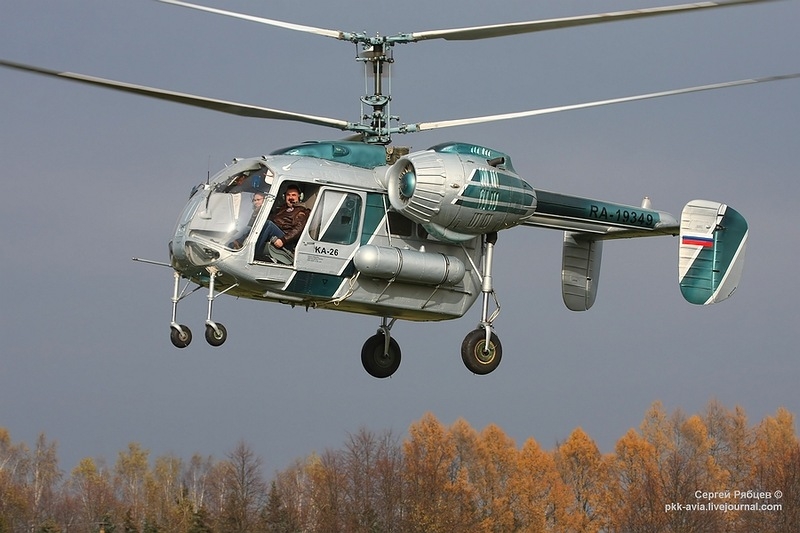 The Kamov Ka-26 is a Soviet light utility helicopter with co-axial rotors. The Ka-26 entered production in 1966. 850 have been built.They were used in various sectors of economy but some people associate them with the Soviet traffic police. Yes, orange and blue Kamov helicopters used to patrol Soviet roads.

Today it’s a luck to see a Ka-26 in the air, Mi-2 helicopters are far more frequently seen. These helicopters are now based at the airfield “Aerograd Mozhaisky”, Moscow. It is far from new. A compressed air cylinder helped the helicopter to revive. That helicopter behind is a vehicle of the same type. The weather is getting better. The cabin is a typical Soviet one. You won’t find displays here. Hot air pipes and windshields are the most interesting elements. It’s the motor pod and the engine scrolling handle. It seems that they didn’t care much about polishing in the Soviet times. Looking at the helicopter close it seems it fully consists of hatches and patches from rough aluminium. The helicopter is equipped with the engine of the same type used for YAK-52. It’s hard to reach the engine from the side of the fuselage so they need to work standing on a ladder.

It still can bring some joy to those who fly by it and who watch it flying.