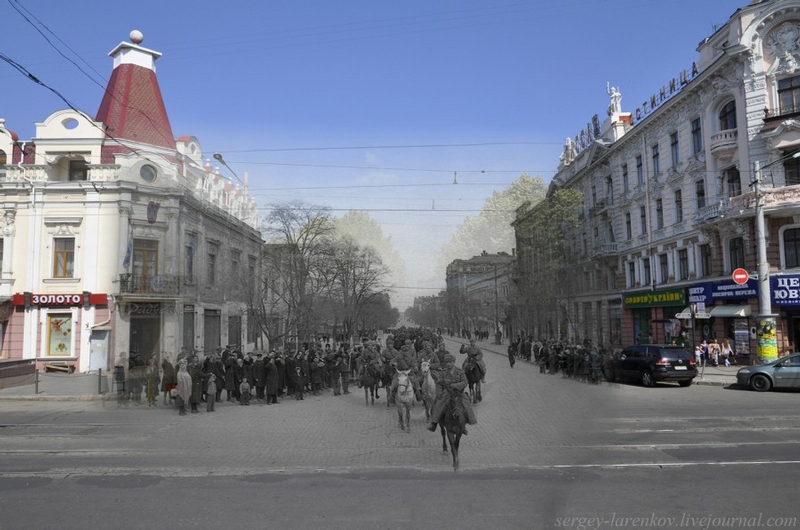 So much time has passed since WWII but some people still remember how hard it was to survive on those days. Two periods have been connected on these pictures of Odessa, Ukraine: the city in the war time and in 2012. People welcome Soviet troops in the Rishelievskaya street after the city’s liberation from Nazi occupation. Soviet soldiers and kids are near the Opera House. Soldiers-liberators are on the Potemkin Stairs. Residents of the liberated city are reading a summary of the Soviet Information Bureau. It is a ruined music school. These are the Barricades at Rishelievskaya Street from 1941. It’s the Romanian bunker in front of the modern Chinese consulate. Hoisting the Soviet flag on the building of the New Bazar. It’s the gun salute at the monument of Vorontsov.

Ordinary citizens of Odessa helped to find the places for making such photos. Do you like the result?

6 thoughts on “When Two Epochs Are Connected”