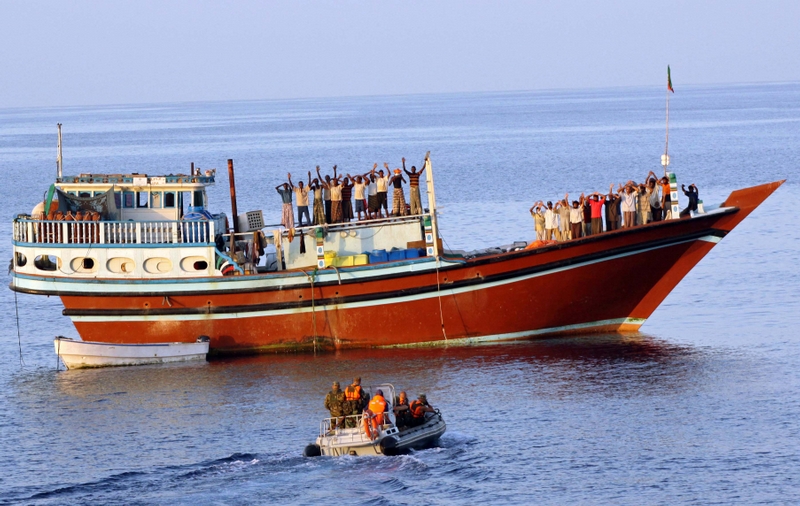 Once we showed you how the Russian navy was fighting the ship of the Somali pirates. Today we want to show you the rare photos of detention of pirates in the Indian Ocean by the Russian navy sailors. They were taken in 2009 on the large ASW ship “Admiral Panteleev”. The pirates are sailing under the flag of Iran. Most of them are from Pakistan and Iran. But the main executors are Somali pirates. These are their weapons and some other stuff. Nearby are the boarding ladders of the pirates. On the large ASW ship was a Tajik who knew Farsi well that is why the pirates who didn’t understand English had to answer questions anyway. The Russian sailors were rather kind to share their clothes. And they gave water to the pirates. And they let them smoke. Those pirates who needed medical care got it too. What do they have on the mind now?