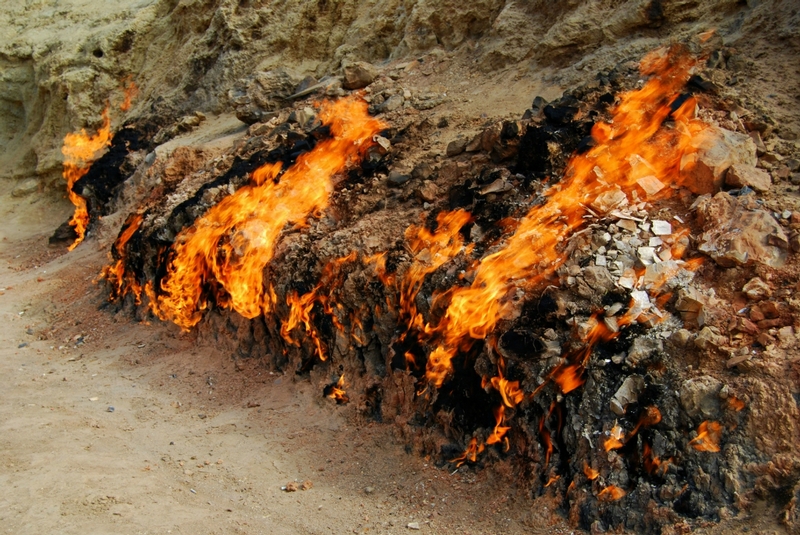 Yanardag is a hill on Apsheron peninsular, not far from the capital of Azerbaijan, Baku. “Yanardag” means “a burning mountain” and it really burns. Literally. Spurts of flame appear on the ground and on the stones. The mountain is burining when it rains or snows too, when a strong wind is blowing, just because of the natural gas fuel coming out from its depths. In ancient times there were a lot of places like this in Apsheron. According to the scientists oil and gas were so close to the surface that sometimes they were spilling out as flames. Many famous travellers (Marco Polo, Alexandre Dumas etc.) used to describe such “flares from nowhere”. Three spurs of flames are depicted on the arms of Baku. Many fire-worshippers from India and Iran keep coming to the place for pilgrimage. At night they are best to look at.

3 thoughts on “The Burning Hill”