You probably know that subway in large cities can serve as a shelter in case of any emergency situations like a nuclear way or something. If something like this happens the subway becomes overcrowded. So if these tunnels become the only place for people to hide from aliens or bombing they should have toilets there to avoid at least one problem that’s very urgent sometimes.

Yes, they really exist. Built back in the times of Stalin they are located underground and wait for an hour when they will be able to receive crowds of Moscow citizens, not occasional visitors. 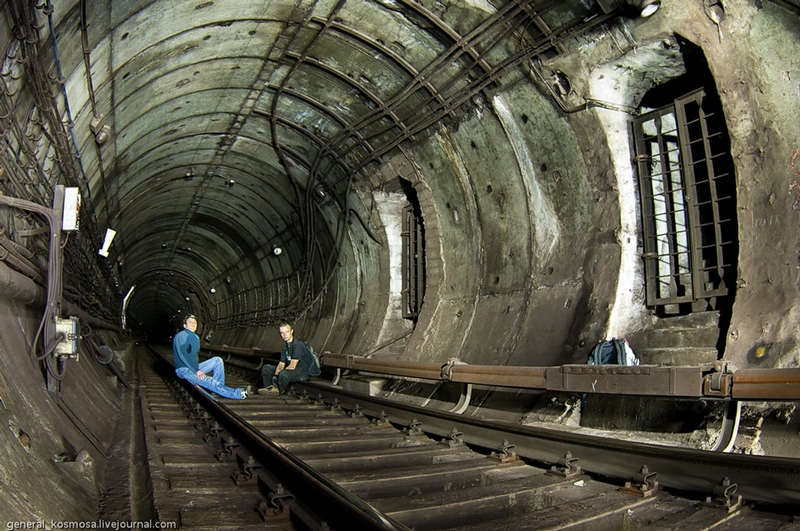 The water-closets are located behind trellised doors. They are not being taken much care of though still function well. So if you are not afraid of a thick layer of dust … Of course, they need some cleaning. The basement of the closets. This is an equipment for water pumping into the system of urban sewage and special filters for air purification. The subway closet tour is over!

8 thoughts on “Toilets In the Subway Tunnels”