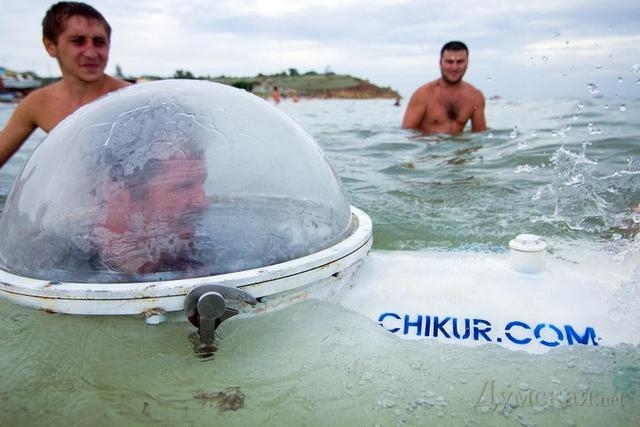 A guy from Odessa whose name is Vasily Chikur has designed and built a cool single-seater submarine. It has already successfully passed several tests at the shore of the Black Sea.

Vasily even demonstrated several tricks like sailing under the rescue boat whose passengers were watching the experiment.

According to Vasily if he uses a dry accumulator he could rotate along the fore-and-aft axis. The inventor has two higher educations – medical and legal ones. Such an idea came to his mind during one of his birthdays. In general it took him a bit longer than two years to build the submarine. Necessary details were ordered from Russian industrial companies. Vasily spent about $12,300 to build the submarine. No special training was needed for making the boat. Vasily used the knowledge he obtained at school.

It submerges by getting overboard water and emerges with help of a compressor that pumps the water back into the sea.

He has a ballast chamber for the emergency emersion and an air tank aboard. 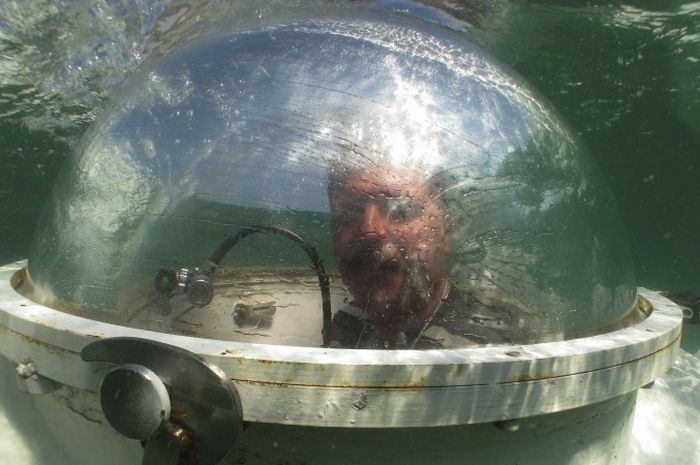 Vasily is dreaming to start mass production in order other citizens of Odessa, Ukraine, and guests of the city could have such a fun.

8 thoughts on “Ukrainian Captain Nemo Builds His Own Submarine”