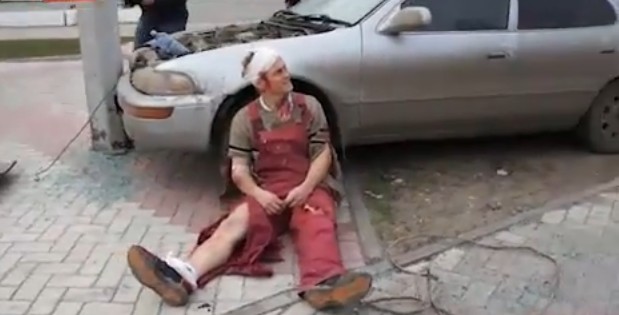 A guy from Omsk wanted to be sure that his girlfriend loved him as much as he loved her. He decided to propose her in an unusual way: he was going to fake his death in an accident. The guy hired the whole team to realize the plan: a stage director, a camera operator, stuntmen and a makeup artist.

When the girl arrived at the place of “the accident” she saw her boyfriend bleeding on the ground. “Doctors” told her he was dead and she burst into tears. While she was crying her revived boyfriend kneeled to propose her. The girl was furious but finally accepted the offer.

The guy says he wants her to know how empty and meaningless her life would be without him.

Would you say “yes”?

5 thoughts on “Rise From the Dead to Propose”