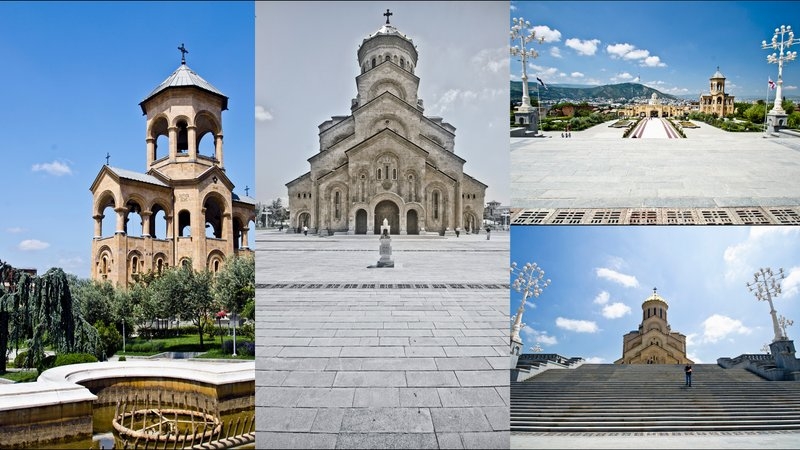 “Sameba” is the main temple of the Georgian Orthodoxy. It is located in the Armenian block where historically mostly Armenians live.

It was built not so long ago on the territory of an Armenian cemetery. Not all the locals wanted the temple to raise there because the builders didn’t bother much about reburials.

But today almost nothing reminds about that conflict. People like the new temple. Unfortunately the photographs do not reveal its real scale. There are many people who often come to the temple. Two similar looking flags: one of Georgia, another one of the Georgian Orthodox Church. The belfry stands separately from the temple View of Tbilisi from the side of the temple View from under the dome As you may notice on the flag of the Church – the cross looks a bit broken-down. The Georgians portray the cross exactly this way. According to the legend the cross was originally made from a vine, so the branch was not straight. As opposed to many Russian churches here one feels rather comfortably and cosily. The temple built in the name of faith right on the bones. Looks beautiful, though.