A part of photo album that used to belong to the chief of the military medical train and a representative of a Russian noblemen from the city of Chernigov Nikolai Bordonos was accidentally found in a semi-destructed house. The train took part in the battle against the Imperial German Navy’s High Seas Fleet during WWI. 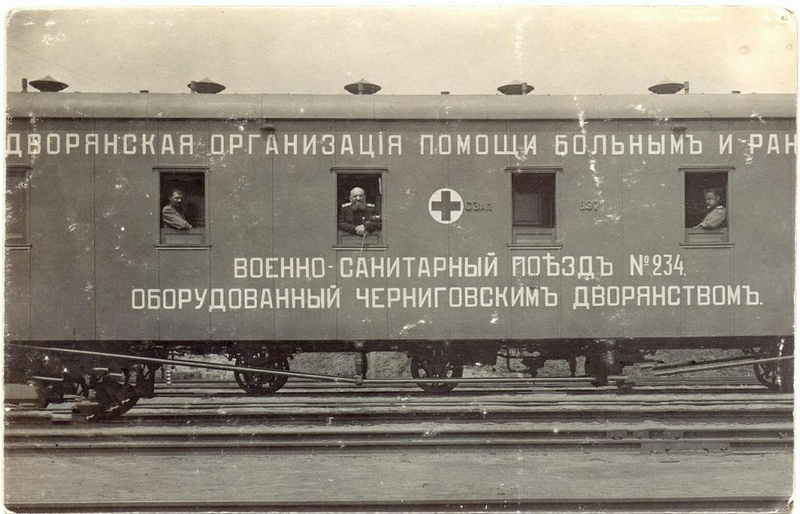 Personnel of the train. Some photos were presented to N. Bordonos by other Russian noblemen. The stretchers are ready to accept the wounded. The closest dressing center to the fighting place. Personnel of the dressing center is ready to accept the wounded. Funeral service at the battle field. Unaccessible German positions were easily attacked by the Russians in 1916. N. Bordonos came back from the battle. In total, activists of the Red Cross organized 18 military trains and 3 floating hospitals on ships during the WWI. They rendered aid to prisoners of war, civilians and refugees. They also tried the influence the combatants making them refuse from the usage of chemical weapon. Noblemen of those time were active participants of the war.