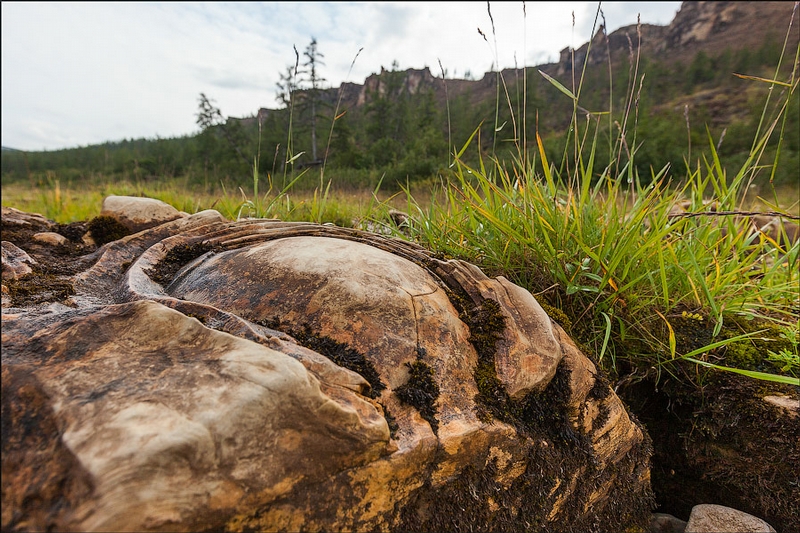 We aren’t going to bother you with plenty of scientific information. It’s the interest of geochronology specialists.

We’ll just say that the river of Taimyr – Kotuikan has shredded Anabarskoye plateau and exposed the geological strata that had formed three and a half billion years ago. The former bottom of the Archean sea turned into sedimentary rock and having destroyed under the impact of water and wind it reveals fossilized lamellar stomatolithic formations.

Their shapes are rather weird: some resemble a football, others – a tortoise shell…

Nature is still the best artist… Here, at the riverbed of the Kotuikan we can see the remains of the days far gone, petrified reminders about the epoch of the world creation.

Location: the Kotuikan, the Krasnoyarsk region

45 thoughts on “Fossils That Witnessed Creation of the World”