We thought that the first SUV was invented in the USSR. But now we are sure it really was! In far 1955!

This unusual project of an all-terrain vehicle was made in the Soviet Union, as we mentioned – in 1955. This car was designed for needs of a countryside, it could considerably help mechanics in their work. 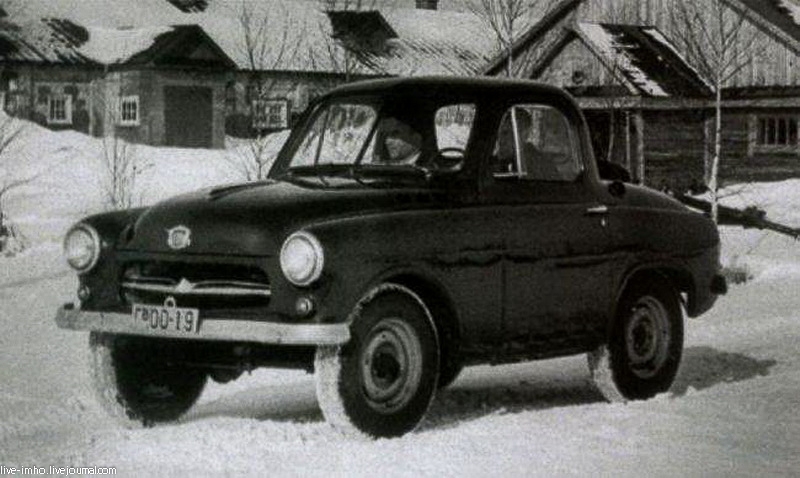 There were two variants of the car: a little two-seat pick-up and a coupe. The light body was mounted on the chassis of a four-wheel drive military GAZ-69 and equipped with a “Moskvitch” engine and a three-speed gearbox.

Being so light (less than 1 tonne) and having 15 inches wheels the car could easily overcome various obstacles of rural fields.

Engine power was 35 hp, it was hardly enough for such a small car, but still ok. Looks like the concept was adapted by the Japanese in their Suzuki XC-90.

Soviet firms were not corporations. Today giants of electronics win billions in patent wars, we can only guess how much that Soviet SUV inventing company could win in a battle with the rest auto production world.

It’s a pity they didn’t launch their serial production! SUV era could begin much earlier then!

8 thoughts on “First Proven SUV in the World”