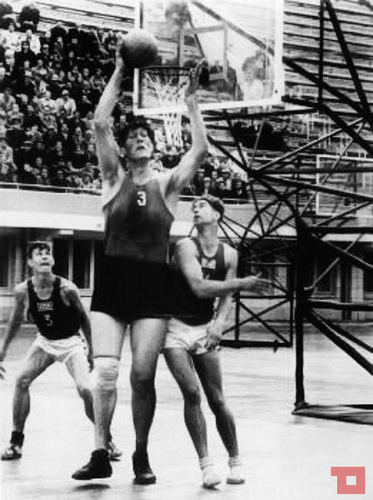 Uvais Akhtaev was one of the most prominent basketball players of the 1950s, a member of the Soviet national team.  He was the tallest player ever – his height was 7.74 feet! 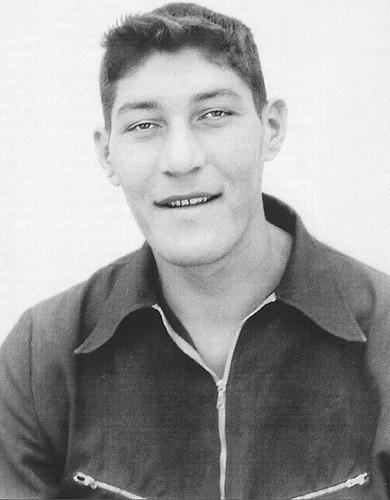 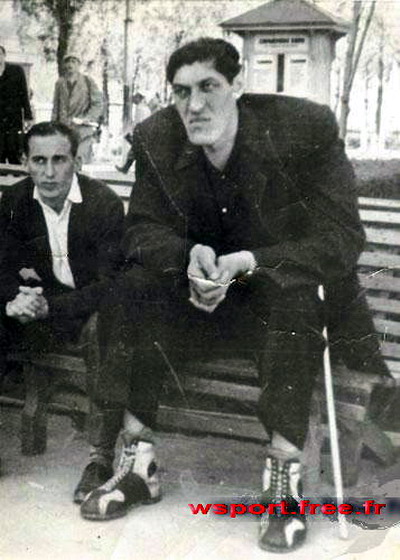 The person of unique talents and physical abilities, Uvais was severely discriminated because of his nationality – he was Chechen. In 1952 and 1956 the center player of the country, as he was called then, wasn’t even allowed to take part in the Olympics. He was offered to change his last name but Uvais refused such “honor”.

He tried himself in various types of sport and finally chose basketball. Kazakhstan was happy to make him a member of its national team. Uvais became a sensation in Almaty even when he was only 17. Other players were never taller than 6.62 feet. The giant attracted crowds of people to matches, basketball became mush popular in Kazakhstan.

Thus, Akhtaev didn’t play for the USSR at all. His sports career didn’t last long. Being under 30 he was diagnosed with pancreatic diabetes, later with pneumonia. His strong organism won the illness but he couldn’t play basketball anymore. 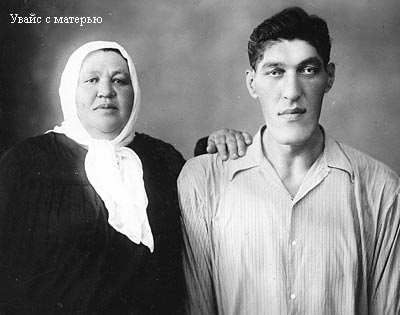 With mother. She always accompanied Uvais wherever he went. 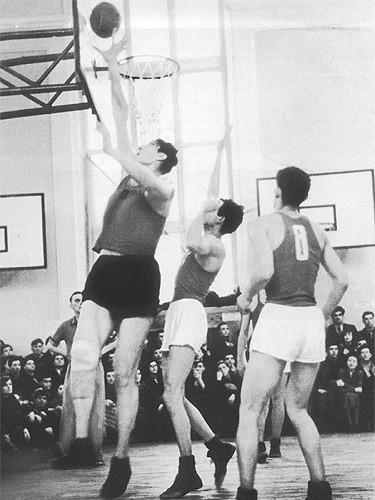 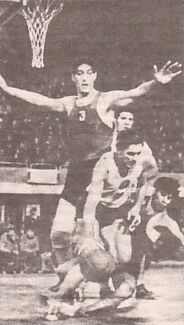 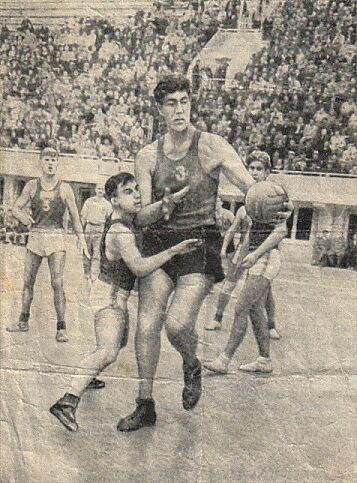 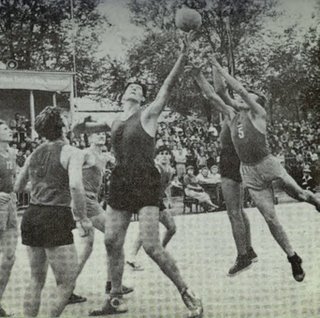 Who knows, maybe if Uvais Akhtaev was allowed to participate in the competitions as a member of the Soviet team, Soviets could become basketball champions in the 1950s…

3 thoughts on “It Was Another Kind of Game”