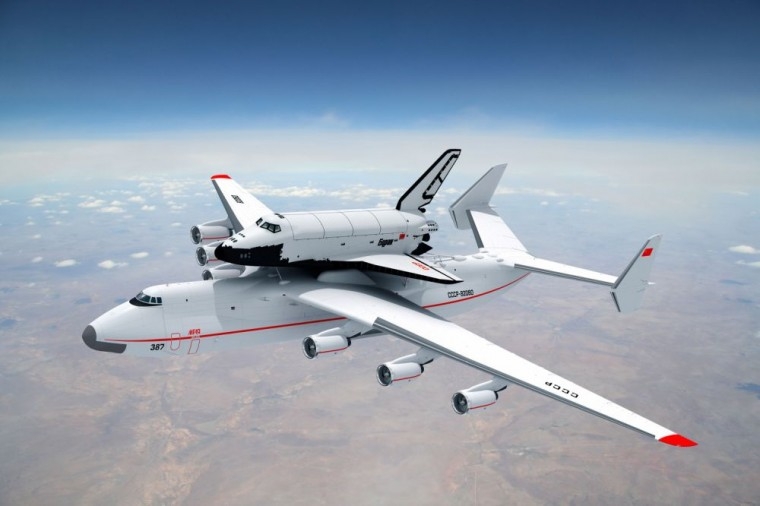 The USSR gave a lot of technical masterpieces, many of them are still second to none. Unfortunately modern society does not need them much…

An-255 “Mriya”, super-heavy carrier, the world biggest plane, its loadlifting capacity record is still unbeaten. It was designed in 1984-1988. An-225 “Mriya” nowadays. Property of Ukraine. In a working condition.

“Mriya” is lucky. Only two vehicles were planned: one works for Ukrainian Antonov Airlines today, the second one was never finished. Its first flight was performed in 1968. In 1969 it could carry record-breaking weight of 44 205 kg at the height of 2255m. No other helicopter could reach this result yet. V-12 nowadays: the helicopter is bought by an American company. Soviet “Buran” was a response to the American project “Space Shuttle”. Its first and the only one unmanned flight “Buran” performed on the 15th of November, 1988. Its development started in the early 1970s based on the constructional scheme of the ekranoplan “KM”. In 1985 it performed its first flight at the Caspian sea. “Lun” is equipped with 6 controlled anti-ship missiles “Moskit”. Its power unit consisted of 8 turbofan engines NK-87, traction of each – 13 000 kilogram-force. After the successful state testing it was put into operation. Even the most expensive “toys” can end like this…

16 thoughts on “Soviet Tech Wonders and Their Destiny”