What you see in the picture is the Swallow’s Nest castle near Yalta on the Crimean shore in southern Ukraine. It is the place that offers its visitors romanticism and peace. 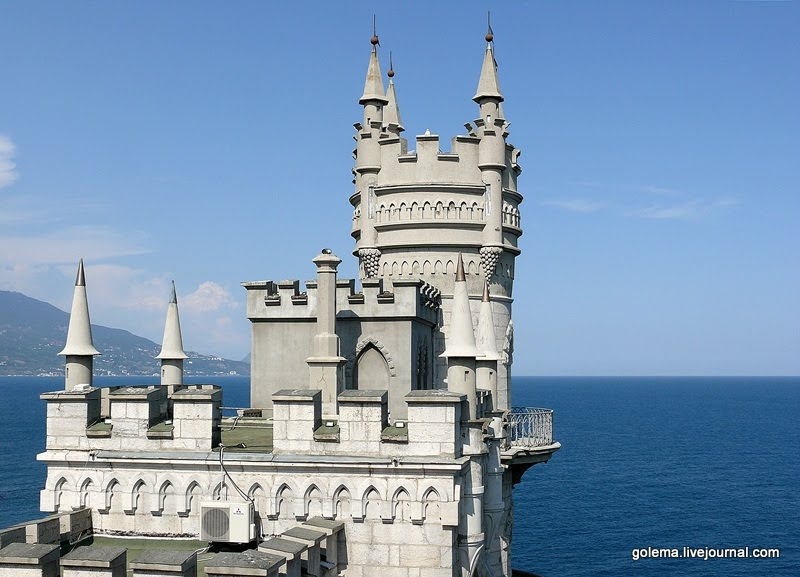 It was built by a Russian architect Leonid Sherwood in 1911. Overlooking the cape of Ai-Todor, the castle is situated on top of a 40m-high Aurora Cliff facing the Black Sea. In 1927 the castle survived a severe earthquake which did not damage the building itself. However, some small decorative items were thrown into the sea along with a small part of the cliff. The cliff developed a wide crack and the Swallow’s Nest was closed to the public for the next 40 years. The story of the place goes like this: 130 years ago a wounded general came to the Crimea to get some treatment. As he manifested heroism during the Crimean war, the Russian empire gifted him a piece of land where he built a wooden house. The place was totally reconstructed later on. In spite of the fact the castle is not very big, it really looks nice. For quite a long time part of the balustrade was hanging over the sea without any foundation. 4 thoughts on “The Swallows Nest Over The Sea”