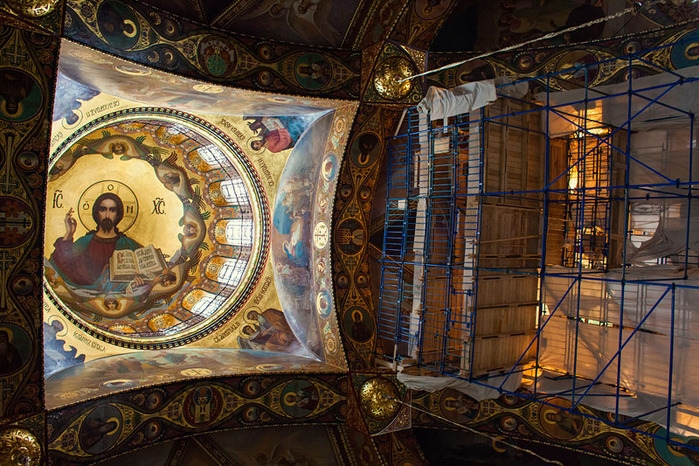 They have been restoring the Dormition of the Theotocos Cathedral for 15 years! One more year has left. The Cathedral was built in the beginning of the 20th century though here was a skating-rink in the Soviet time. The walls were painted grey. Now the restorators are removing the layer of paint with chemicals and then the drying oil with a scalpel. Not so many paintings have been preserved well… Oil paints and some inspiration No matter how much time is spent when it deals with spirituality.