The accelerator was created in 1983. Its task was to produce the strongest magnetic field at that time. Its first section is represented by an underground channel that is around 3 km long. Its exploitation started in 1994. The device united an old proton accelerator U-70 and the new collider. 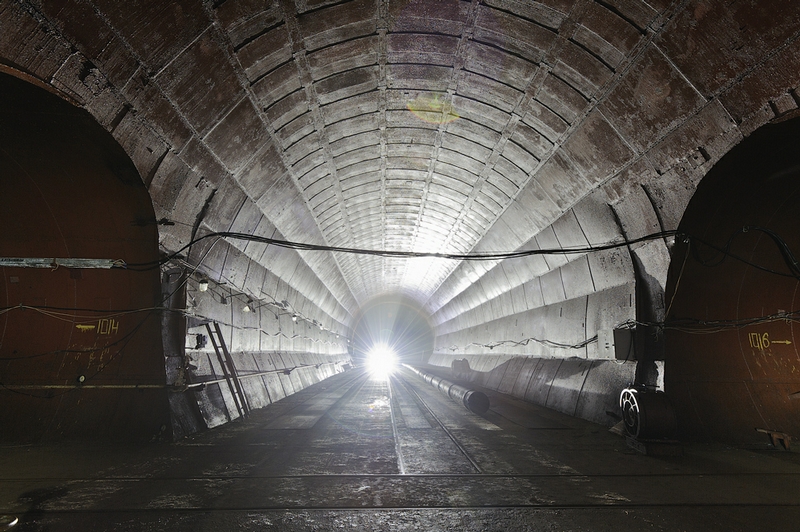 The tunnel in the picture is 50 meters deep. The semi-flooded small tunnel unites the room with the collider tunnel. The conserved part of the accelerating-storage complex is reached.

In spite of the fact that the inside temperature is quite comfortable (+10 degrees Celsius), one wall of the tunnel is frozen. The gates divided the tunnel which is 21 km long into sectors. The length and depth of the collider channel is similar to those of Moscow subway. This part of the tunnel looks inhabited. There is no water on the floor and it is understood that somebody takes care of the place. A huge hall that should have embraced equipment is connected with the surface through a tube.

The purpose of this space in unknown: it is semi-flooded but is supplied with a pump. The ring-shaped collider channel is 5 meters in diameter. The diameter of the station is 9 meters.

4 thoughts on “In the Abandoned Atmospheric Collider”