Near Moscow there is a monstrous unfinished hadron collider with a 21 km (!) tunnel 60 m deep. 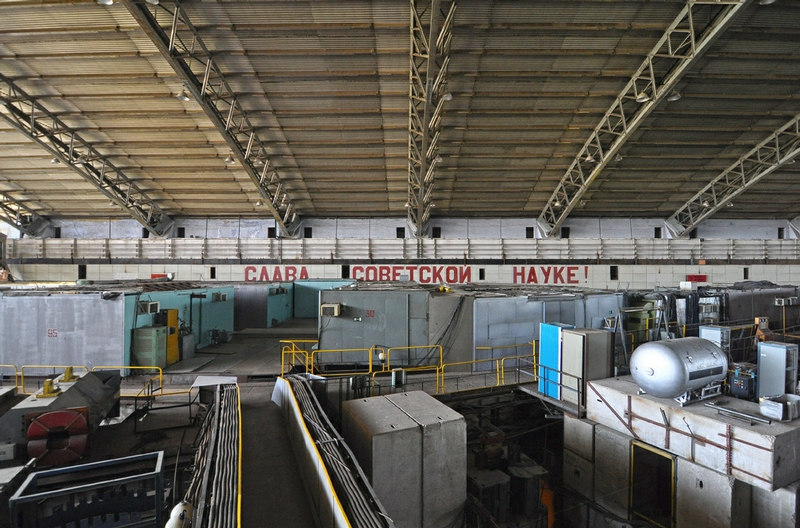 “Glory to the Soviet science!” But it’s not the collider itself but a development shop where dispersed particles fly to. Their speed is almost equal to the speed of light. The accelerator pipe is covered with a thick layer of concrete. The particles are sent here. They say here works a man who once caught a particle beam right in his head, but do not worry, he is still alive. The particles pass through some detectors, then this shield stands on their way. The shield has 1600 lead bars. Signals are received from them and from the detectors, they go to the so-called brain center to be analyzed. Local electricians’ job must be hard… Another development shop protected from radiation with a think layer of concrete. 11 thoughts on “The Unfinished Science Town Near Moscow”