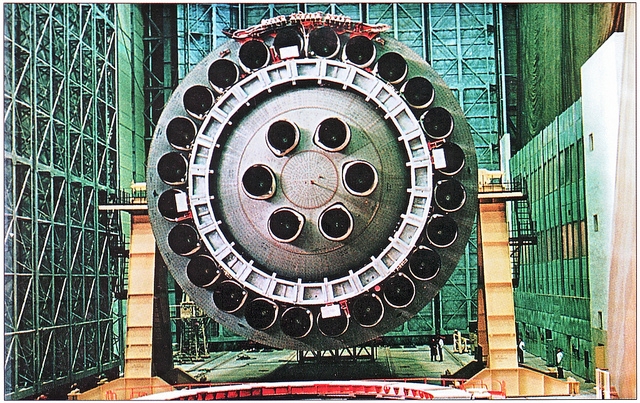 This space launch vehicle N1 was a Soviet response to the American Saturn-5. It was intended for cosmonauts landing on the Moon or trans lunar injection of an orbital station and even parts of an extraterrestrial vehicle for assembly on orbit.

In general four launches were made in 1969-1972, and all the four didn’t succeed or simply resulted in a huge explosion. The project was cancelled when it became clear that the USSR lost the moon chase.

Only in 1989 it was announced in media about the existence of this vehicle. About the starvation of 1932-33 they mentioned two years earlier, in 1987, which means that inability to lauch a vehicle with people to the Moon was more shameful than inability to save millions of people from starvation death…

However the Americans knew about the vehicle already in 1969 because American satellites regularly photographed “Baikonur” cosmodrome. Do you see humans there?