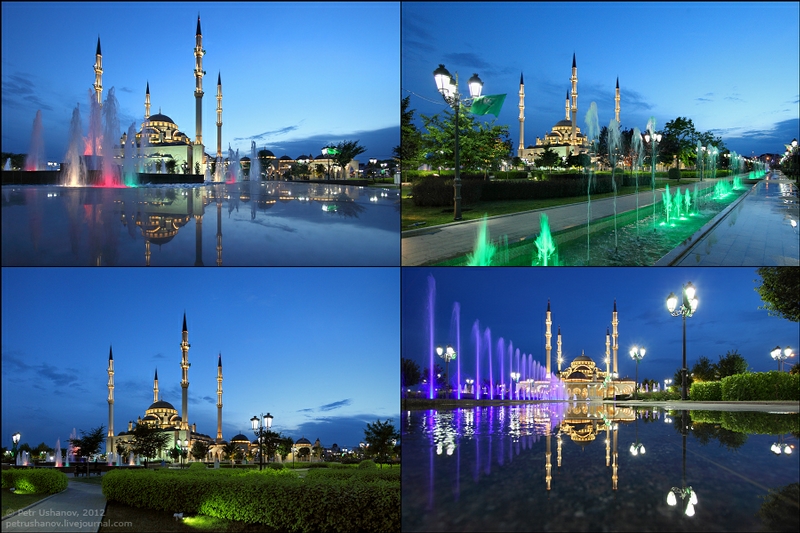 The wonderful mosque “Heart of Chechnya” and the park around it. Some photos from the roof of the highest building in Grozny as well. View from the Central (highest) tower of the Grozny-City complex. Residence of the republic governor Typical development of the city The mosque was built right in the centre of the Chechen capital. Its minarets are the highest in Russia. The park around the mosque 4 thoughts on “Best Views of the Chechen Capital”