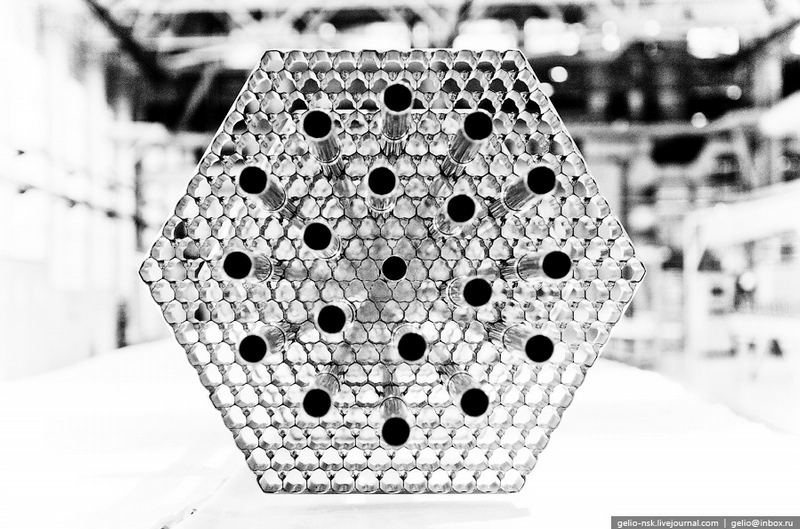 The Novosibirsk plant of chemical concentrates is one of the world leading producers of nuclear fuel for atomic power plants and research reactors of Russia and other countries. It’s also the only producer of lithium metal. Roof of the production building Shop where nuclear elements and fuel air compositions for research reactors are made. Operating room. From here they control the process of uranium dioxide powder production. It is finally used for making fuel pellets. Pellets of nuclear ceramic fuel are about to be sent for burning. The pellets are burnt at the temperature not less than 1750 C in the hydrogen reducing environment during more than 20 hours. Special gloves are used for work inside boxes. Unloading capacities with the pellets. Fixing the fuel rod arrays in the feed mechanism. Frame making. One frame is used for 312 fuel rod arrays. Assembly of a bundle of fuel elements Nuclear elements with bar codes. Thanks to the bar codes all production process can be retraced. There must be equal space between fuel elements