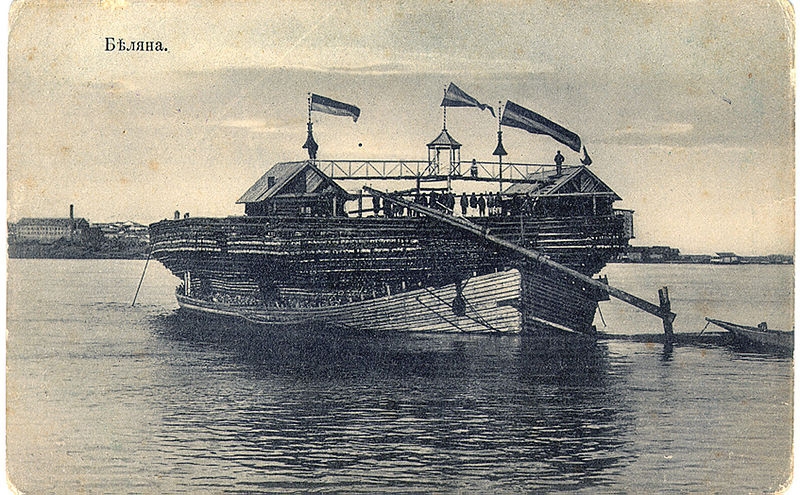 Few probably know that some hundred years ago on the Volga river were sailing the ships whose displacement was bigger than cruiser “Aurora’s” one. It’s hard to believe but they were built from .. wood! “Belyanas”, as they were called, became a part of the Russian ship-building history as the most unique river ships in the world. They were rather large compared to other river ships. Some of them reached 100 m in length, the height of the sides – 6 meters! Their lifting capacity was quite enormous too – 100-150 thousand poods (one pood = 16kg). They were as big as ocean vessels though they were sailing only on the Volga and never sailed further than Astrakhan.

For construction of one belyana they spent 240 pine logs and 200 fir logs. The bottom was made of fir, the sides – from pine. The distance between the frames didn’t exceed 0,5 m so belyanas were really solid. Initially the ships were built without a single nail, but subsequently they started to apply nails. The steering wheel of a belyana looked like large wooden gates that was turned with help of a huge long log. It was rather clumsy but maneuverable. Belyanas had big and small anchors with weight from 20-100 poods and a lot of various ropes.

But the most interesting about belyanas was their cargo – “white timber” i.e. white-yellow logs with removed bark.

Belyanas were loaded in such a way they could have an access to the bottom in the case of leakage.

By the way a deck of a belyana represented a cargo too. It was either from boards or planks and was so huge that resembled a deck of a modern aircraft carrier.

Belyanas were often decorated with all possible flags, some of them were so big that looked like sails. But for traders it was a reason to be proud.

Some ships had 15-35 workers, bigger ones – 60-80 workers. Many of them were pumping water out of the ship hull. Leak was a permanent problem of belyanas. 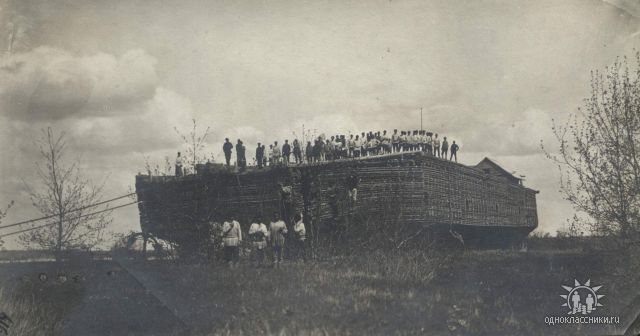 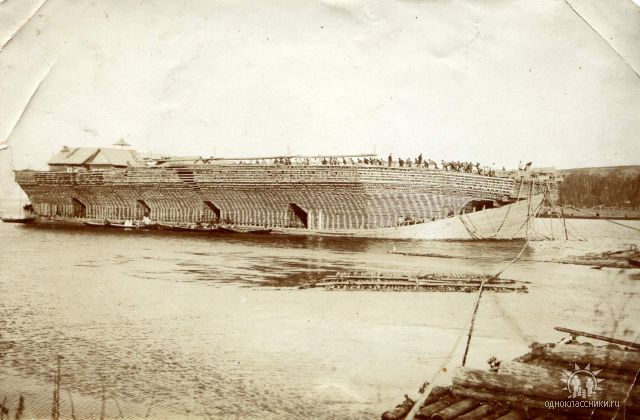 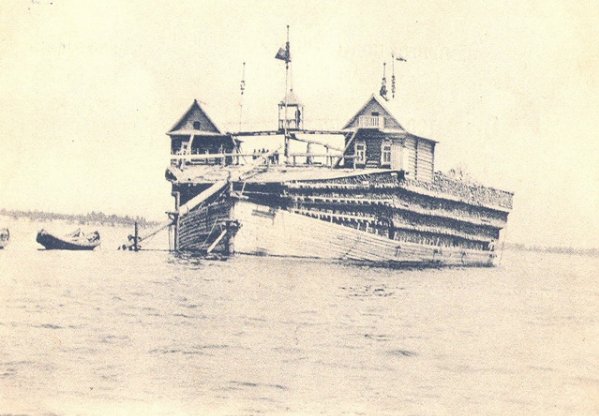 The boom of belyanas construction happened in the XIX century with the prosperity of navigation. It’s even hard to imagine how much timber they required to maintain such a fleet. And they built 150 ships every year. 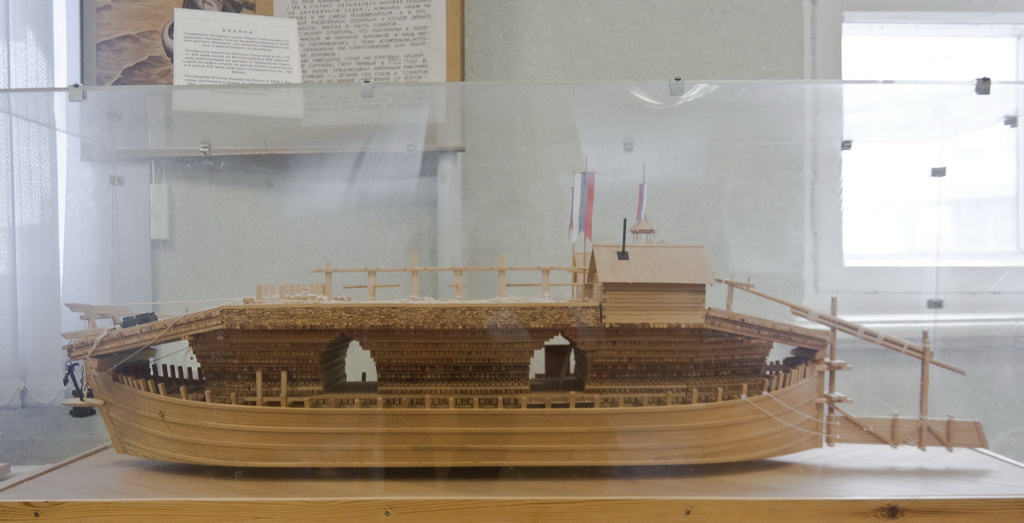 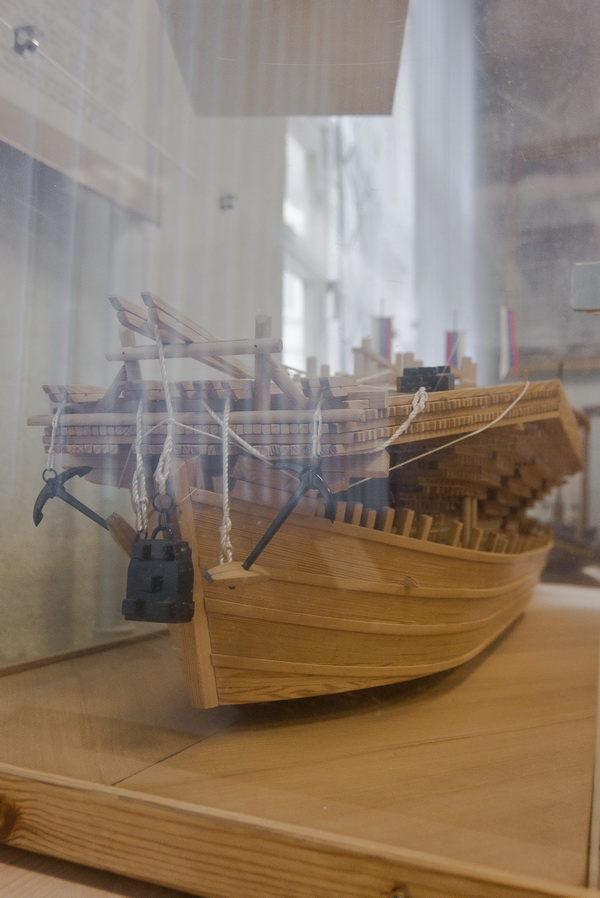 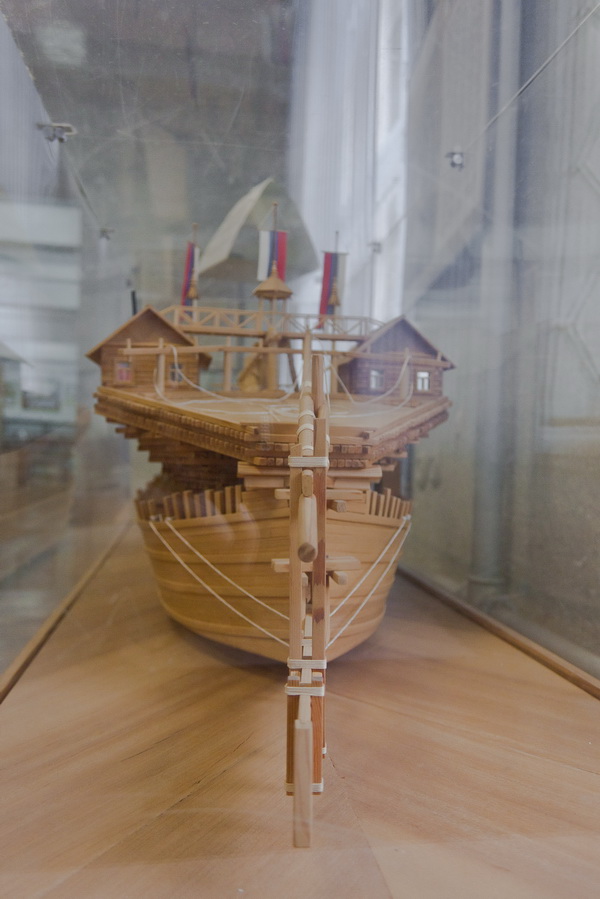 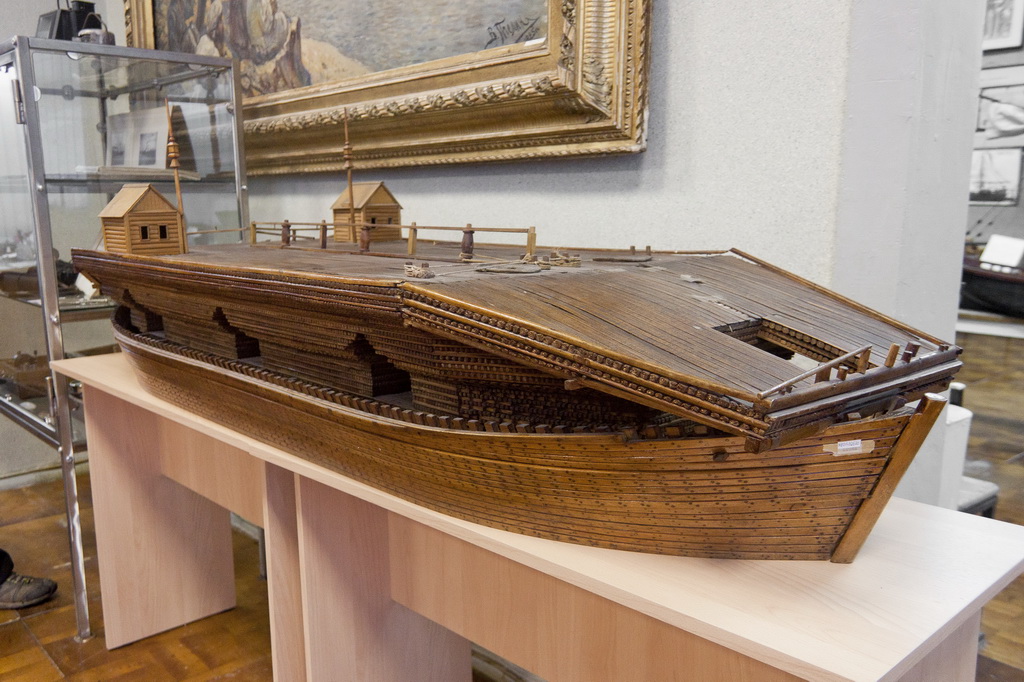 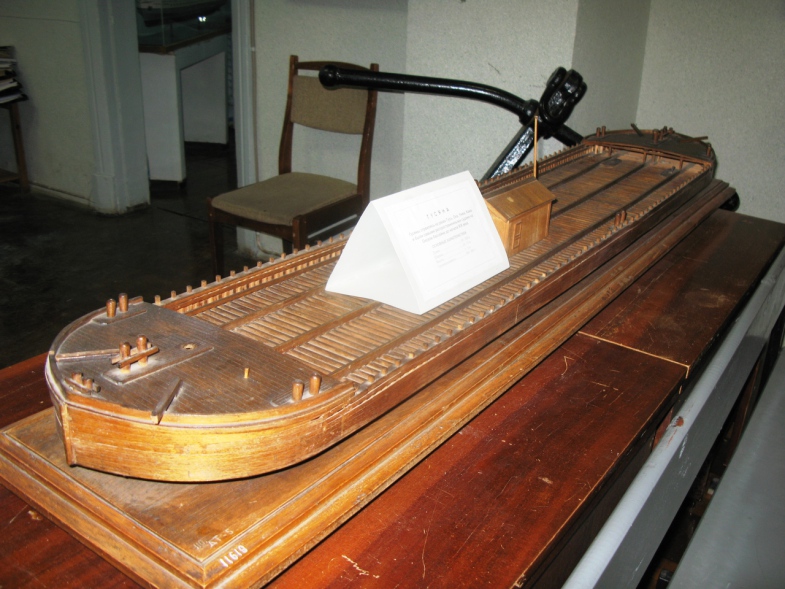 Then these unique ships were disassembled in such a way that literally nothing remained. Its parts were sold like ready huts, timber was used as construction material, everything made profit for the owners. To have a belyana on the float longer than one season turned out to be unprofitable!

Some belyanas were even assembled and disassembled twice!

Judge yourself how creative and keen-witted our ancestors were.

6 thoughts on “Unique River Ships of the Past”