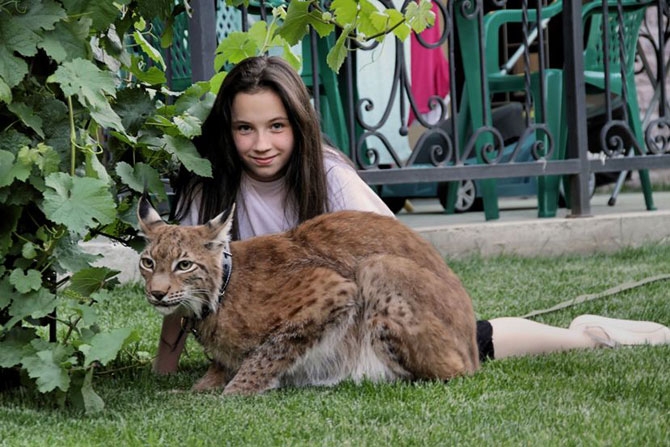 Spouses Pavel and Svetlana from Kaluga had kept 4 Kurilian bobteils but in 2009 a little lynx named Zen also became a member of their family. The owners say it behaves like an ordinary cat and even sleeps with them in one bed. It had been a dream of the spouses to have a lynx. They had consulted with specialists and read about this animal a lot. Once they heard about a little orphan lynx in one zoo and made a serious decision.

The Kurilian bobteils adopted the little lynx and took care of it. The lynx still submits to the cats though it’s much bigger. It purrs like a cat but obeys orders like a dog. Pavel and Svetlana’s daughter Sophia aged 11 is in love with the lynx. They play together and take care of each other. The owners say that they have the lynx “for soul”.