It was 70 years ago when Sevastopol was defeated. Upon the battle for the city an illustrated album Wir Kampften auf der Krim.1941/1942 was published in Germany in a limited edition. Here you may see the photos from the album. 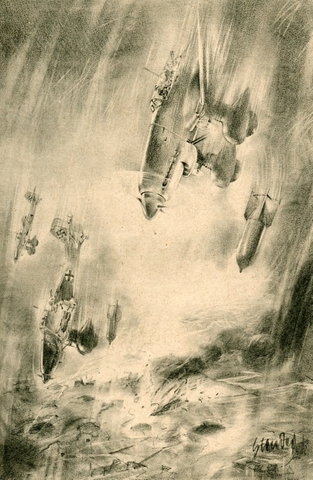 Fires after the attack Fort “Maxim Gorky” after the surrender In the trenches near Sapun mountain Weapons of the fort “Maxim Gorky” Old forts of the city with antiaircraft guns The city under fire Lighthouse on Khersones cape. The last confrontation point in Sevastopol. The troops were abandoned by commanders and political instructors.

19 thoughts on “The City Under The German Attack”