Would you be able to live in a village with population less than 100 people? Let’s check out how people live there. 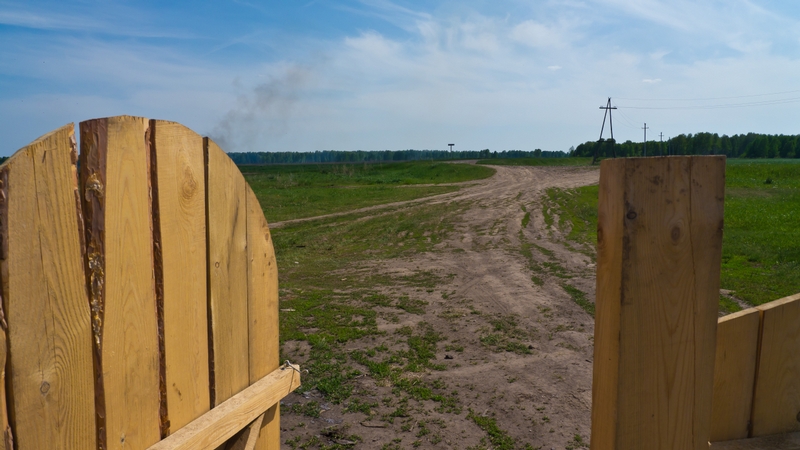 Talovka is a small village that has no leader, hospital or school.

There is a butter factory near the village. It had been producing butter to export it abroad, the village was big and everything messed up in the 90s, of course. The electricity was shut off and people left the place. It took only 10 years for the village to decay only to a couple of buildings… Building of the butter factory and baths in which it was made. Talovka itself. Now it has 65 houses on 4 streets, people – less than a hundred. Others sold their houses or simply left, one street was even demolished and now it seems it never existed like that village around the butter factory. Garik can be probably called the leader here. He came to Talovka from Armenia 25 years ago and now is at the head of the local construction gang. With them he goes to Barnaulk for earning. They bring up to monthly 300 dollars from there.

On the picture above: Garik is preparing food for pigs. The cattle for the whole village has 19 heads. They also have two illegal sawmills. Garik beautifies his house, has made a nice staircase. That is why Garik who owns pigs, rabbits and a cow is considered to be wealthy here. Garik met his future wife here, in Talovka, in a local club. This club does not work anymore. As well as the school. Garik’s wife Olga used to be a teacher but she hasn’t been working for 5 years already. Children go to school to the next village. It is not much better with the hospital, a medical assistant comes to the village twice a week.

This is Vasilyeva Ekaterina Vasilyevna. Her real last name was different. But for some reason when their documents were made at that time people got last names according to their patronymics. Petrovna became Petrova, Kirillovna became Kirillova… Medical centre is in a semi-abandoned building One door is of the medical centre, another one is of the abandoned part. They have a shop, it works till 4 pm, but not every day that’s why there is one woman in the village who sells products at home. But she is brought them at such cosmic prices as if aliens themselves bring them. Nastya, 8, feels sorry she has nobody to sunbathe with. Almost all her friends left for summertime, and the only her entertainment is to help her mother Oksana. Oksana, 29, does not work, she only picks mushrooms and berries in summer. The only bread-winner of their family is father Sergey, who is a herdsman working in summer only, of course. Every evening they go for a pasture to take the cows to a watering place. If they had a horse Sergey would do it himself, but they have neither horses nor cows. We wonder how long will Talovka fight for its existance?