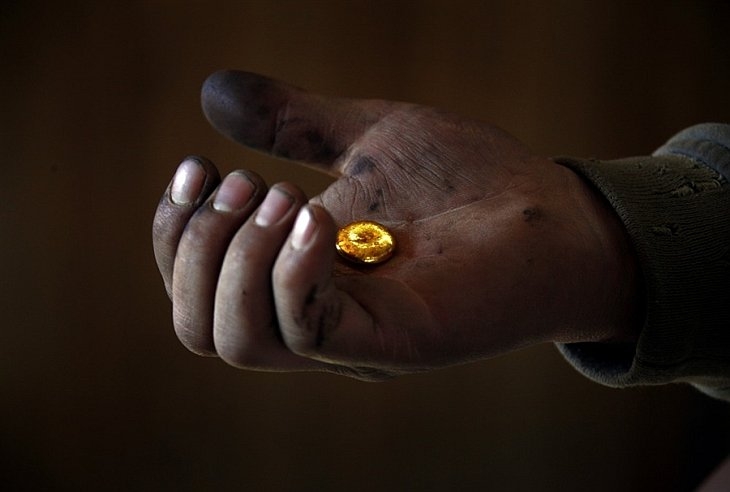 Numerous gold mining companies are changing the natural landscape of Mongolia. Hundreds of rivers and lakes are disappearing and Mongolia itself is slowly turning into a desert.

Apart from official mining companies from Russia, Japan, China (23 countries in general), the main problem is “black miners” who are also called “ninjas” due to their look: they carry metal basins behind their backs. Chinese guest workers were the first to illegally mine gold but soon they were replaced by the Mongols themselves. On the photo above is a traditional Mongolian tent. More than 100 thousand people in Mongolia illegally mine gold. Mainly they are former herdsmen who sold all their cattle and started the illegal business. Digging to the west from Ulan Bator Adults are into the real criminal business and children do not study at schools. 950 small rivers have already disappeared in Mongolia. For example one Chinese company made an incorrect project of a hydroplant and as a result their dam fully blocked the river: at the distance of hundreds kilometres the river dried up. Standard working place of a “ninja”. Those green basins they carry behind their backs. In the valleys where gold can be extracted whole settlements have formed. Adults and their children creep along the rivers and dig the ground. Such settlements even have their own infrastructures – trade, service (repair shop, hairdresser’s), entertainments which are often connected with alcohol. Extracted gold is put in such separators together with mud. In general such production is not easy. Testing gold at a factory in the north from Ulan Bator. Black miners are said to extract 5-6 tons of gold annually.