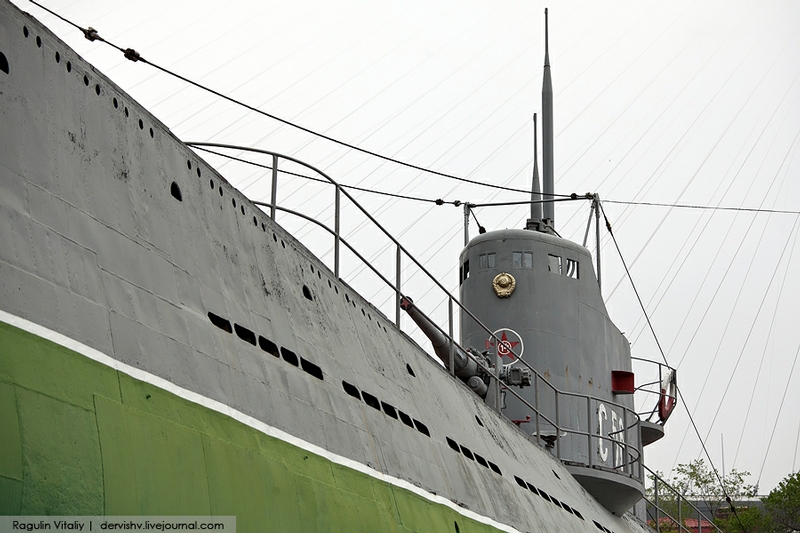 This S-56 submarine stands on the Vladivostok embankment. It’s a guard submarine decorated with the Order of the Red Banner, the Soviet diesel-electric one of the WWII time. Its captain became the hero of the Soviet Union. The submarine museum is divided into two parts – the historic and the exhibition ones. The submarine crossed two oceans and nine seas. It took 2220 hours, the length of the trip was almost 31 thousand km). During the war time the submarine performed 8 military campaigns, 13 attacks, it sank 4 ships, more than 3 thousand of depth bombs were dropped on the submarine. During the war it was announced fallen for 19 times. S-56 was the most efficient Soviet submarine of WWII. And here we are, in the central post. The place from where the submarine is controlled and from where orders are delivered. To the torpedo room Sailors stood right near the torpedoes S-56 was the newest submarine with powerful torpedo and artillery armament. This is how it looked during the war and how it still looks today. There were 17 “S”- type ships (“Stalinets”), they were subsequently admitted to be the most efficient submarines of WWII.

30 thoughts on “The Most Efficient Submarine of WWII”