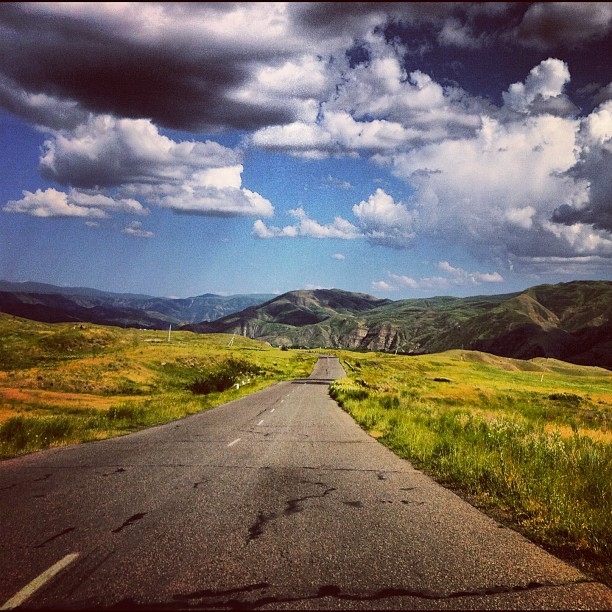 Armenia is not a big country (7 times smaller than Belarus territory), that suffered much from the Azerbaijani-Armenian conflict and its economy still has not restored. But it has enormously rich Orthodox heritage. Its cognac is popular world wide but its wonderful pomegranate wine is not. Like in Azerbaijan and Georgia Armenian people are very kind and hospitable.

Some mobile phone photos of the trip to Armenia. At the Armenian boundary Resembles Minsk of the 90s… In a popular cafe Inventor of the Armenian alphabet Ancient Gegard complex in the rock Still like in the 90s – horrible cafes and music on the coast.