Moscow basements are inhabited by many creatures: rats, mice, fleas, cockroaches, bugs, crickets, spiders and it’s so remote from the full list…

Some guys were installing video surveillance systems and found a basement full of hundreds or thousands of creatures resembling crickets. It was hot and dump there and the insects seemed to like this climate. 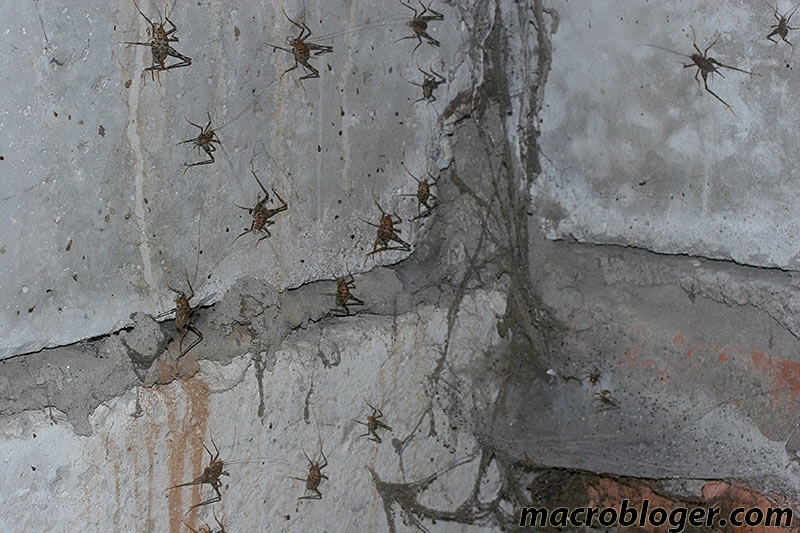 Cave crickets are called so because they live deep in caves. Their long rear limbs and giant, as opposed to the body, antennae serve two main purposes. Living in mostly in darkness they rely on their sense of touch which is limited by the antennae length and the long rear limbs allow to jump at long distance. They are wingless, and have no organs of hearing and long jumps save them from threat. The crickets live in all continents except Antarctica. Tropics are ideal for them.

These ones could get here from city collectors or might be brought by foreign students back in Soviet time.

They can live long without food. To avoid starvation they may eat each other or even their own limbs. Though they may look scary they are not harmful. Males are smaller. Officially they are called Rhaphidophoridae. There are about 550 species of them and 80 types.