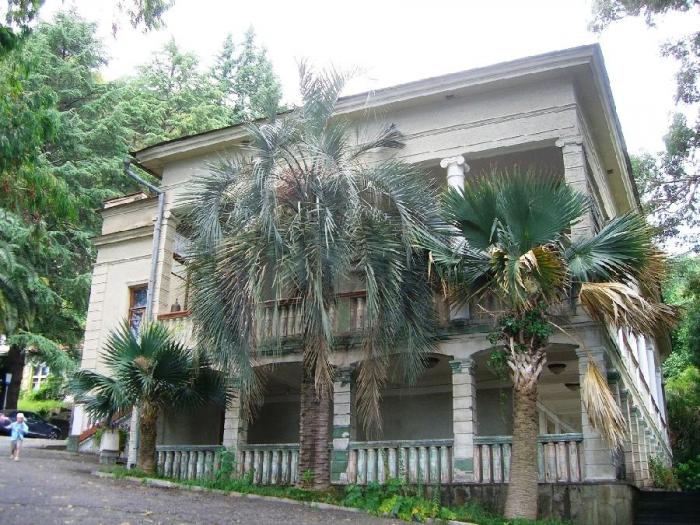 Since 1993 this object eventually came into possession of the Abkhazian authorities (the leaders of the USSR including Gorbachev had liked to come here), but lately it became a place of tourits’ interest. View at Novo-Afonsky Monastery from the summer residence They say that Stalin had 5 summer residences only in Abkhazia. One was in Gagra, for example, another one near Ritsa lake. This one was built in the mid 40s, Stalin lived here for several months and in general came here 5-6 times.

Here he had direct government connection, service staff of 800 persons, secret ways to the sea and the railway and other things. Stalin did not bathe in the sea, they filled a bath with sea water for him. There were three spacious bedrooms in the residence. Why did he need three of them? For conspiracy! He could sleep in one bedroom and put a dummy in another one. And where he slept he could lie on a couch instead of a bed… He suffered from persecution mania.

All rooms but bathroom are decorated with various sorts of wood. No wallpapers, no paint, no grout – neither on the walls nor on the ceilings. Picture of Shishkin, the copy. The original one was given to some museum. Bathroom probably was remade since then

11 thoughts on “Summer Residence of Joseph Stalin In Novy Afon”